Co-chair of the Midwest Council. Former Republican governor of Wisconsin, U.S. Secretary of Health and Human Services, and a state lawmaker.
State of Wisconsin 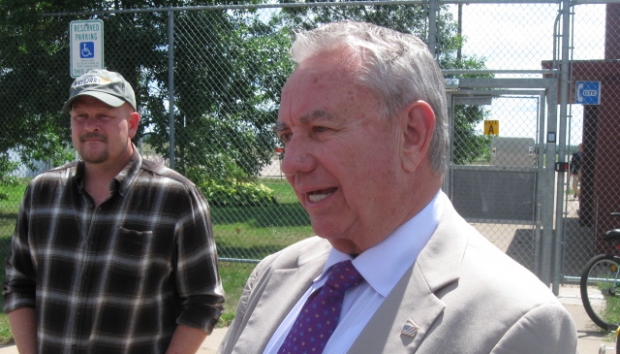 From the Midwest Council:

Following his term in public office, he built, and continues to build with his work at Thompson Holdings, on his efforts as HHS Secretary and Governor to develop innovative solutions to the health care challenges facing American families, businesses, communities, states and the nation as a whole. These efforts focus on improving the use of information technology in hospitals, clinics and doctors’ offices; promoting healthier lifestyles; strengthening and modernizing Medicare and Medicaid; and expanding the use of medical diplomacy around the world.

From 2005 until 2009, Governor Thompson served as a senior advisor at the consulting firm Deloitte LLP and was the founding independent chairman of the Deloitte Center for Health Solutions, which researches and develops solutions to some of our nation’s most pressing health care and public health related challenges.