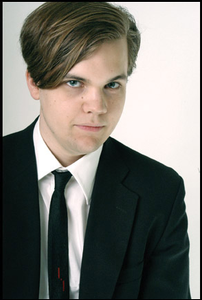 S. Alexander Reed, is an associate professor of music at Ithaca College who has taught popular culture studies and music theory for five years and was previously on the faculty at the University of Florida, William & Mary, and New York University. At IC, his courses have addressed punk and gothic music, songwriting, the works of David Bowie, and a variety of classical topics.

An expert in late-20th-century music and technoculture, he is author of the book Assimilate: A Critical History of Industrial Music and is coauthor of a book in the popular 33 1/3 series about the album Flood by They Might Be Giants. Reed is also an active journalist, DJ, and musician. His writing and music have appeared in a variety of academic journals, NPR, Slate.com,Spin magazine, Vox, the Toronto Sun, the WB network, and MTV. With his band, Seeming, he recently released his sixth album, SOL: A Self-Banishment Ritual.