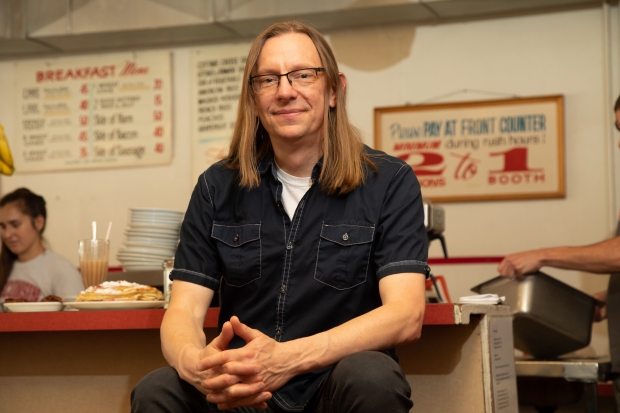 Central Time host and producer Rob Ferrett has been all over the Ideas Network. He joined the Tom Clark Show as a producer in 1999, and went on to produce Zorba Paster on Your Health and the Joy Cardin Show. He’s been heard on-air as a fill-in host for Tom Clark, Joy Cardin, Kathleen Dunn, and others over the years.

Born in Michigan, Rob is a lifelong Midwesterner. As of 2012, he reached a milestone: living longer in Wisconsin than in Michigan.

Rob’s education is in cultural anthropology  at the University of Michigan and UW-Madison. It actually ended up being kind of useful, as it turns out.

In his off-work hours, Rob plays saxophone in dive bars around the state, reads, plays board games, and thinks about exercising but never actually does it. He and his family live in Madison.