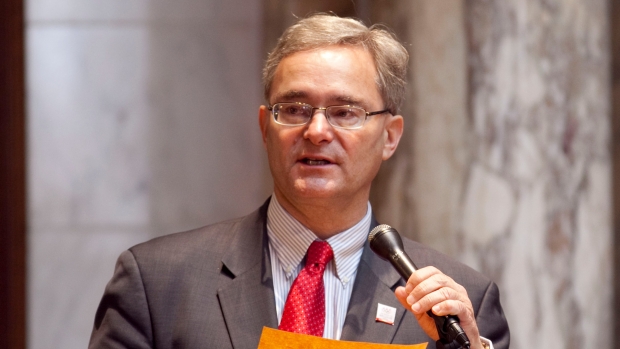 From Rep. Peter Barca's Legislative Home Page:&#13;
&#13;
Representative Peter Barca is a lifelong citizen of Kenosha and Somers. He currently represents much of the City of Kenosha and portions of the City of Racine, Town of Somers, Village of Mount Pleasant, and Village of Elmwood Park as the State Representative from the 64th Assembly District. &#13;
&#13;
Peter currently serves as the Assembly Minority Leader. He had previously served as Majority Caucus Chairman and as Co-Chairman of the Joint Legislative Audit Committee.&#13;
&#13;
Representative Barca returned to the state legislature in 2009, representing the district he had previously held from 1985 until 1993. During his initial tenure in the State Capitol, Peter authored and passed a wide variety of proposals covering diverse and important issues such as economic development, protection for seniors and the disabled, education, employment and job training, criminal justice, and environmental protection. He also worked closely with the Kenosha delegation to help pass legislation that led to the creation of the Lakeview Corporate Park, which helped to attract dozens of new businesses that then created thousands of jobs.&#13;
&#13;
Peter also chaired several special legislative committees that led to Wisconsin’s nationally recognized welfare reform program, implemented the award-winning ‘one stop shop’ employment and training systems, and developed the roadmap for rail services between Kenosha and Milwaukee.&#13;
&#13;
When Congressman Les Aspin was appointed Secretary of Defense in 1993, Peter won the open congressional seat in a special election and served in the U.S. House of Representatives. After that he served as the Midwest Regional Administrator of the U.S. Small Business Administration as part of the Clinton Administration. He was also the leader of the National Regulatory Fairness Program, an initiative which included more than fifty company Presidents throughout the country aimed at making regulatory enforcement small business friendly.&#13;
&#13;
Representative Barca began his career as the Director of the Friendship Camp, a camp for children with disabilities, as a teacher, and later as a team leader for students with special needs. He also served as an employment coordinator. Peter attended school at the University of Wisconsin-Milwaukee for his undergraduate coursework, received his masters in public administration and educational administration from the University of Wisconsin-Madison, and attended graduate school at Harvard University. The past six years he has served as a Vice President and then President of Aurora Associates International, an international project management company.&#13;
&#13;
Peter has been very involved in the greater Kenosha area, and has served on a wide number of non-profit boards and commissions, including Kenosha Family and Aging Services Inc., the Girl Scouts Nominating Committee, the Foundation Board for UW-Parkside, KenRail, and the United Way. He also chaired a feasibility committee that led to the creation of the Boys and Girls Club of Kenosha.&#13;
&#13;
Representative Barca is an active member of St. Peters Parish and has coached and managed many youth athletic teams for baseball, soccer, and basketball. He and his wife have a son at Fordham University and a daughter who recently graduated from the University of Wisconsin-Madison.