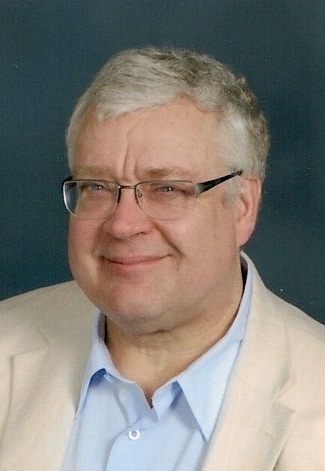 It was a dark and stormy night on September 10, 1957 in Duluth, Minnesota. Lake Superior's waves crashed over break walls. Lightning forced people to run for cover. And a young couple gave birth to an unusually handsome baby boy.

Mike Simonson first raked muck for the Denfeld High School Criterion, reporting on counter-culture student groups and the plight of unwed mothers. As a reporter for UW-Superior's Promethean, he covered the first of five presidents in his career when Jimmy Carter spoke at the Duluth Arena in 1978.

Simonson dabbled in radio, broadcasting college baseball games at WSSU-FM. In 1979, he was hired at KDAL-AM in Duluth to combine his skills in radio and reporting. After stints with a rock and news station in Duluth where he won an Armstrong Award for undercover reporting about the plight of street people, he was hired to be the news director of a new station in Augusta, Georgia in 1984.

Later that year he hired on with Cox Communications and its station WSOC in Charlotte, N.C., where he worked as a reporter and then news director until 1988. There he was the first reporter to win the Radio-Television News Directors Association of the Carolinas "Radio Journalist of the Year" in successive years. In 1989 he switched to television and was hired as the assignment editor of WCNC-TV in Charlotte.

Simonson was hired by Wisconsin Public Radio in July, 1990 to be the first reporter in the newly-opened bureau in Superior, or the "Superior Bureau" as he likes to call it.

He has also won two National Headliner Awards, a Public Radio News Director award for the toxic spill coverage in 1992, and in 1997 the Edward R. Murrow Award for a series on discrimination against people with HIV/AIDS living in rural areas.

Mike is married to Jennifer Manthey, a part-time journalism instructor at UW-Superior.