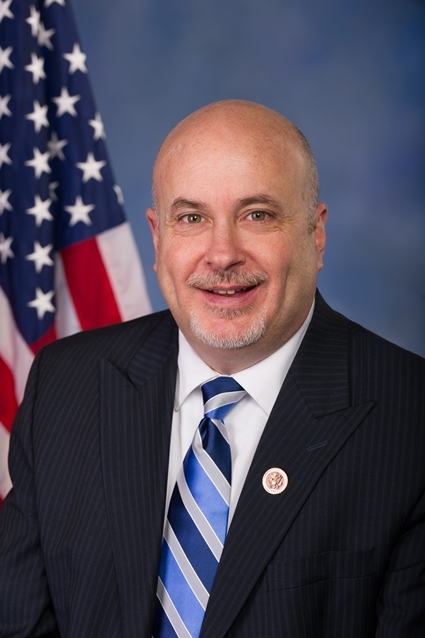 Following 14 years in the Wisconsin State Assembly, Congressman Mark Pocan was sworn in on January 3, 2013, as the U.S. Representative for Wisconsin’s second district, which includes Dane, Green, Iowa, LaFayette, Sauk, and portions of Rock and Richland counties. A small business owner, union member and lifelong advocate for progressive causes, Rep. Pocan is committed to using his unique experience from both the private and public sector to fight for polices that promote job growth and support the families of south central Wisconsin. In Congress, he serves on both the Budget Committee and the Committee on Oversight and Government Reform, and has been appointed an assistant minority whip.

Rep. Pocan’s commitment to standing up for the middle class began in the home. Born and raised in the blue-collar town of Kenosha, Wisconsin, he learned about hard work from his parents, who each ran their own small business. At eight-years-old, he got his start in politics delivering literature door-to-door for his father, who served as a long-time Kenosha alder, and by the age of 12, he was attending city council meetings.  Rep. Pocan received his degree from the University of Wisconsin—Madison, and then followed in his parents’ footsteps and opened his own small business, a union specialty printing shop that he continues to run today.

After three terms on the Dane County Board of Supervisors, Rep. Pocan succeeded Tammy Baldwin in 1998 as the State Representative of Wisconsin’s 78th Assembly district, covering central Madison and surrounding areas. In his seven terms in the State Assembly, Rep. Pocan made his mark as a tough, progressive legislator who could bridge Wisconsin’s political divide to forge legislative successes. During his time in the capitol, he served for six years on the Joint Finance Committee, including one term as the co-chair where he passed a budget during record state deficits that protected the priorities and services important to the people of Wisconsin. Some of his other legislative accomplishments included passing the American Jobs Act and Compassionate Care for Rape Victims Act, both of which he wrote, as well as successful fights on paper trails for electronic voting machines, protecting collective bargaining rights and establishing domestic partner protections. His reputation as a legislator who produced results earned him the honor of Milwaukee Magazine’s “Best Legislator,” the last time the rankings occurred in 2009.

Being involved in his community is also important to Rep. Pocan, who is a member of Clean Wisconsin, International Union of Painters & Allied Trades (IUPAT), Sierra Club, Fair Wisconsin, Southern Poverty Law Center, Colombia Support Network/Apartado Sister City Organization, and the Human Rights Campaign. His dedication to his community is also highlighted by his long-time commitment to the Big Brothers, Big Sisters program. He became a Big Brother in 1989 and still helps the organization raise money so that more children can reach their full potential. Rep. Pocan’s “Little Brother” earned his Masters Degree from UW-Madison and now works in Washington, DC.

Pocan and his husband, Phil, were married in Canada in 2006 and live on Madison’s near East Side with their dog.