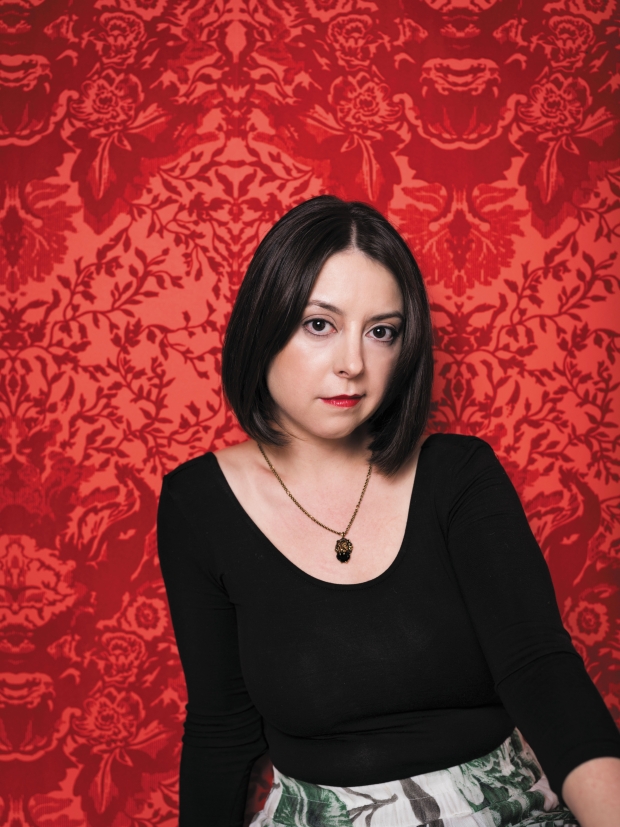 Karina Longworth is a writer, researcher and journalist based in Los Angeles. She is the creator/host/producer/editor of You Must Remember This, a storytelling podcast dedicated to the secret and/or forgotten histories of Hollywood’s first century. You Must Remember This is distributed by Slate.com's Panoply network, and is usually ranked as one of the Top 100 podcasts, and Top 5 film podcasts, on iTunes. Her book Seduction: Sex, Lies and Stardom in Howard Hughes's Hollywood, will be released in November 2018 by  Custom House, an imprint of HarperCollins.

Karina is the author of Hollywood Frame by Frame, a book about the history of Hollywood still photography which focuses on contact sheets from still photo sessions related to classic movies, released in the US by Princeton Architectural Press in September 2014. She is also the author of Masters of Cinema: George Lucas, published by Phaidon in 2012, and Al Pacino: Anatomy of an Actor, published by Phaidon in 2013. Her book on Meryl Streep — the first published long-form study of the actress through the prism of feminism — was released in January 2014.

For three years Karina served as an editor and film critic at the LA Weekly and Village Voice, and she has contributed as a freelancer to Vanity Fair, The Guardian, New York Magazine, TimeOut New York, indieWIRE, Slate, The Daily Beast, Weekend Edition, The Takeaway and other print and online publications and radio productions. In 2005, she co-founded Cinematical, one of the first comprehensive, multi-contributor film blogs on the web, which was acquired by AOL and eventually folded into Moviefone. For two years, Karina served as the editor of the now-defunct SpoutBlog, which was later acquired by indieWIRE. She has been a voting member of the Los Angeles Film Critics Association (LAFCA), and has served on juries and spoken on panels at a wide variety of film festivals, including Cannes, SXSW and Toronto.

In 2012, Karina’s collected film criticism won the Entertainment Reviews of the Year award from the Los Angeles Press Club, while her story on LACMA’s hiring of Elvis Mitchell as the figurehead of their film program won an award for business reporting from the National Association of Black Journalists. In 2011, her study of the restoration of Barbara Loden’s Wanda won a National Entertainment Journalism award, and her profile of the 2011 Sundance Film Festival was honored by the Los Angeles Press Club. She was also a 2012 finalist for the Livingston Award for her LA Weekly story on the fate of the Kim’s Video collection and contemporary socio-economics in Sicily.

While editing SpoutBlog, Karina regularly contributed to FilmCouch, Spout’s Webby-nominated podcast. She served as a weekly on-air film critic on PRI’s The Takeaway, and has spoken about film and pop culture on numerous TV and radio programs and podcasts, including KCRW’s Press Play, Attack of the Show!, Q, Studio 360, Weekend Edition and many more.

In 2009, Karina appeared in the ad campaign launching Isaac Mizrahi’s first collection for Liz Claiborne. You can read about it here.

After studying video and film at the School of the Art Institute of Chicago, Karina earned a BFA in Film from the San Francisco Art Institute, and an MA in Cinema Studies from New York University.

Related Websites:
"You Must Remember This" podcast