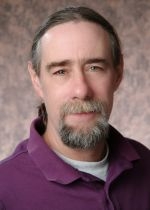 Gilman Halsted was the Criminal Justice reporter in Madison. He covered the courts and the prison system also wrote and produced general assignment stories for the daily state newscasts. He retired from WPR in April of 2016.

Gilman began his career in journalism late in life. He spent ten years as a social worker and then English teacher in Bangladesh, Washington DC, India and Wisconsin before landing his first job as a Public Radio reporter in Kenosha in 1988. He worked for three years as the news director at a Community College Station in Panama City, Florida, then for six years as a Wisconsin Public Radio regional bureau reporter in Wausau. He worked in Madison since the summer of 2000.

He has produced spot stories and features for NPR's Morning Edition and All Things Considered. He has also contributed pieces to the following public radio newsmagazines: Living On Earth, Great Lakes Radio Consortium, Justice Talking, Independent Native News and Voice of America. He has bachelor's degree from the School for International Training in Vermont, and a masters in Teaching English as a Second Language from the Monterey Institute of International Studies in California. He spent his first three years of college at U-W Madison.

Gilman has won awards from the Associated Press - Wisconsin, the Milwaukee Press Club and the Wisconsin Broadcasters Association. He also won the regional Edward R. Murrow award from the Radio and Television News Directors Association for coverage of the Perrier conflict.