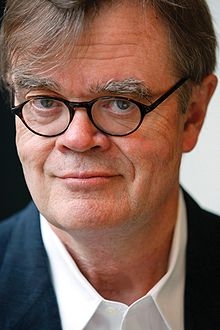 Garrison Keillor began his career as a freshman at the University of Minnesota. After graduating in 1966, he went on to work for Minnesota Public Radio in 1969 and hosted the first broadcast of "A Prairie Home Companion" in 1974. Since its debut the program has reached some 4 million listeners and is syndicated on more than 600 public radio stations. He also hosts "The Writer's Almanac."

Keillor has been honored with Grammy, ACE, and George Foster Peabody awards, the National Humanities Medal, and was elected to the American Academy of Arts and Letters. Along with his radio career Keillor is has also written several books such as "Lake Wobegon Days," "The Book of Guys, Pilgrims: A Wobegon Romance," and "Guy Noir and the Straight Skinny."

Keillor was born in Anoka, Minnesota, in 1942. In 2007 he opened Common Good Books, an independant bookstore, in St. Paul, Minnesota, where he lives with his wife, daughter and two grandsons.