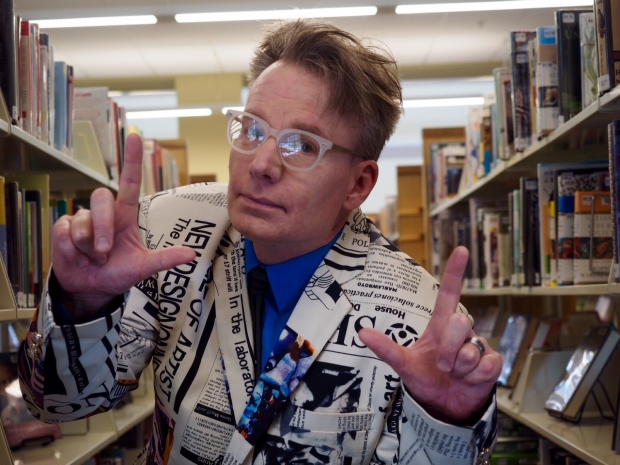 “It seems to me that although the way we consume public radio has changed dramatically in a technological sense, the actual sound hasn’t come close to evolving in a similar manner,” Gordon said to himself over a nutritious, artisanal Cobb salad at a trendy outdoor café just off the Square.

“Sir, could you stop talking to yourself,” an attractive server told Gordon.  “You’re disturbing the other customers.”

This Gordon guy’s mantra can best be summed up by this quote from author/entrepreneur Seth Godin: “The remarkable is almost always new and untested, fresh and risky.”  If you’re looking for fresh, funny ideas that you haven’t heard anywhere else, then you haven’t been listening to Gordon’s audio work.

He’s been formally recognized as an “Alien of Extraordinary Ability” by the U.S. government.  Granted, the U.S. government has made its fair share of mistakes over the past 241 years but Gordon thinks that this is one thing that we can all agree that they got right.

Gordon recently received a few shout-outs for his interview stylings from his fellow Canadian, the hilarious standup comedian Norm Macdonald, on Twitter. 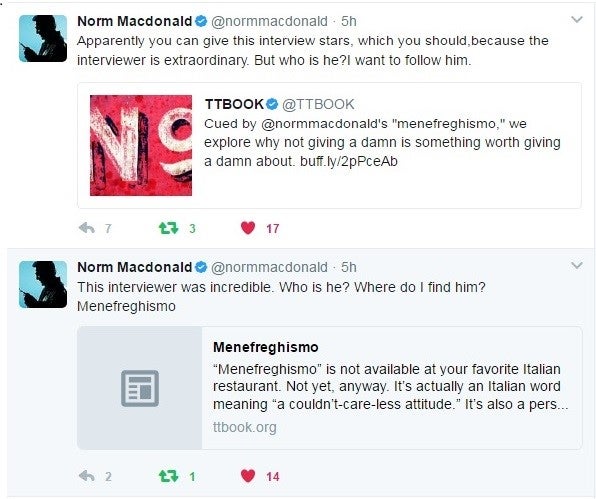 So if you’re looking for Bodacious Entertaining Transmedia Audio, tune in to BETA.

Related Websites:
To the Best of Our Knowledge
Biographical information last updated on March 26, 2019 - 10:32am