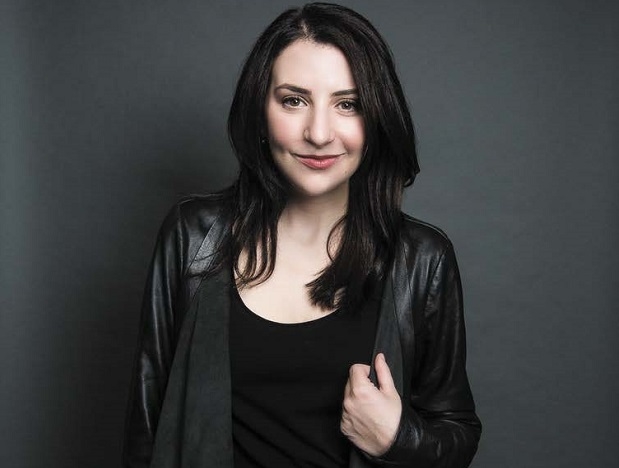 Dana Schwartz (born January 7, 1993) is an American journalist, author and humorist.[1][2] She is currently a correspondent at Entertainment Weekly; she is also the author of two books.[3]

Native to Highland Park, Illinois,[4] Schwartz attended Brown University on a public policy and a pre-medical course, but ultimately decided to become a writer.[5] Schwartz was a Presidential Scholar. She is currently based in Los Angeles.

After internships with Conan O'Brien and at The Late Show With Stephen Colbert, she began a career as a writer.

While an undergraduate, Schwartz attracted attention by setting up two parodic Twitter profiles, "GuyInYourMFA" parodying pretentious and patronizing aspiring writers,[2][6][7] and "DystopianYA" parodying young adult fiction such as the Hunger Games series set in a dystopian future,[8][9][10] both of which became popular with readers. Schwartz's success on Twitter helped launch her career in writing and publishing.[5]

While a writer at the New York Observer, Schwartz wrote an open letter to her employer Jared Kushner criticizing his father-in-law Donald Trump's posting content from anti-Semitic sources on his Twitter feed, to which Kushner wrote a similar open letter in response.[11][12][13]

Schwartz was named one of the hundred most influential people in Brooklyn culture by Brooklyn Magazine in 2016.[14]