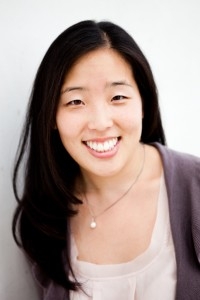 Professor Mo specializes in behavioral political economy and comparative politics. Her scholarly contributions can be broadly classified as being of two types. First, she is substantively interested in understanding democratic citizenship and the development of informed interventions aimed at meeting contemporary challenges. The health of a democratic polity rests upon the public possessing a sufficient level of trust in government, political efficacy, civic engagement, tolerance, and respect for human rights. Her research centers on how norms and values of democratic citizenship can be cultivated; and on both understanding and responding to the following challenges to democratic citizenship: (1) group-based intolerance; (2) irrational political participation; (3) modern day slavery; and (4) poverty and inequality.

Second, Professor Mo sheds new light on important policy-relevant research by viewing actors as boundedly rational, the notion that in decision-making, the rationality of individuals is limited by the cognitive constraints of their minds, and the finite amount of time they have to make decisions. Her research integrates theories of bounded rationality like aspiration-based frameworks, prospect theory, and unconscious attitudes into models and empirical analyses of political and economic decision-making and institutions.

Professor Mo has published research in the American Journal of Political Science, the Journal of Theoretical Politics, Political Behavior, and the Proceedings of the National Academy of Sciences. She is also the recipient of the American Political Science Association’s 2015 Franklin L. Burdette/Pi Sigma Alpha Award for the best paper presented at the previous year’s annual meeting.