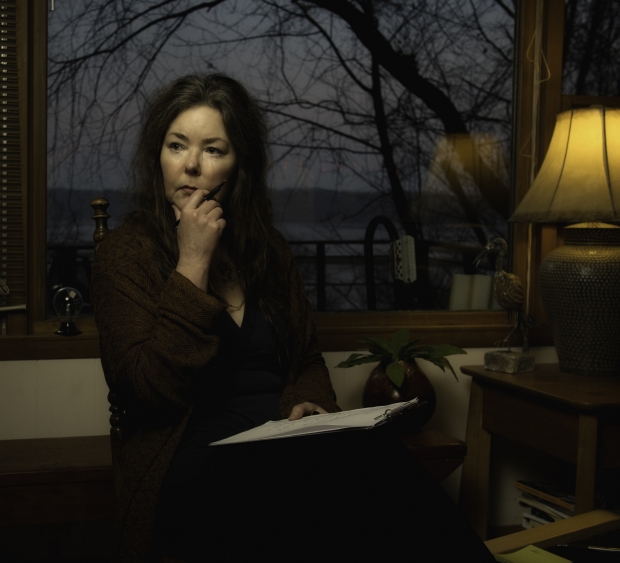 For the past 2 decades, Ariane Lydon has toured and performed at Folk Festivals, Performing Arts Centers, Listening Venues, Radio Stations, and House Concerts throughout the US and Canada. She has shared stages with such performers as John Renbourn, John Gorka, Loreena McKennit, Tom Paxton, John McCutcheon, Chris Proctor, Duck Baker, Harvey Reid, Jean Ritchie, Cherish The Ladies, and many more.

Ariane Lydon’s virtuosic touch on 12- and 6-string guitars, keyboards, Celtic harp, and bodhrán come from a long apprenticeship in music across three continents. Born in Sussex, England, to a British UN Director and a New York artist, Lydon lived in Santiago, Chile, until she was 10. Her mother, the daughter of a jazz and ragtime pianist, immersed Ariane in classical piano music from age 7. Both parents, instictive ethnomusicologists at heart, introduced her to an extensive range of classical and ethnic music from countries they had lived in or visited all over the world. The family could often be found singing in four-part harmony, playing musical instruments, and enjoying live performances.

Forced to leave Chile a year after the assassination of Allende in 1973, the Lydon family brought back many Spanish (Nueva Canción) recordings from that country in turmoil. With a move to Geneva, Switzerland, and then across the border into France, Ariane’s cultural base expanded to include the popular and folk music of Western Europe.

Her extensive training as a classical pianist led to a second-place finish at an International Piano Competition in Paris at age 14. Her own interest in composing began to manifest itself at the popular daily jam sessions that she co-founded with a fellow piano student at the International Lycée. However, a desire to study marine biology took her to southern England for three years where, unable to access a suitable piano, she turned her attention back to stringed instruments. Driven by an innate craving to create and collect music, Ariane taught herself steel-stringed guitar to accompany her singing. Joining the Worthing 6th Form College choir and becoming a fixture at the local pub sessions stimulated an interest to amplify her knowledge of music of her Welsh, British and Irish roots.

As the result of an unrelenting passion for music, Lydon cast off the idea of becoming even Jacques Cousteau’s deck hand and travelled to upstate New York in 1983 to attend college there. The undercurrent of music was vibrant, and her interest in American folk music quickly became nurtured by American family members, all musicians themselves. Preparations to spend a year of study in Moscow halted after the door to performing was suddenly opened. It was Lena Spencer who booked Ariane Lydon and hammer dulcimer virtuoso Jem Moore at her famous Caffé Lena in Saratoga Springs, New York. Upon hearing Ariane sing, Spencer insisted: “This is a voice the world needs to hear.”

That night was a turning point. Ariane hit the road with Jem Moore in a musical partnership that was to last 10 years, producing six recordings while performing at venues across North America. In 1997, she embarked on a new direction with the release of her solo album, Lady of the Green, supporting it with live concerts, jam sessions, and vocal and instrument workshops. Her ability to play the Celtic harp and 12-string guitar simultaneously on songs like “Fireflies” captivated audiences and critics alike, leading to the releases of the all-instrumental CDs, The Open Harp and Harp in Flower. 2004 saw the unveiling of the CD Still She Moves, recorded and mixed by Grammy Award-winning engineer Brett Huus and mastered by Bob Ludwig. It showcases Ariane’s continued evolution as a writer, singer, player, and performer. This upward trend is further emphasized in her full-length CD Listen to Crows, in which she is flanked by Natalie Merchant’s former drummer, Allison Miller, as well as Lindsey Horner on upright bass, and Grey Larsen on flutes & harmonium. Listen to Crows was also mastered by Grey Larsen, and has received widespread and healthy acclaim.