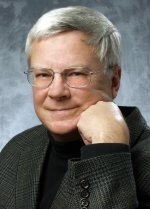 Anders Yocom has been hosting classical music on Wisconsin Public Radio since December, 2001. Previously he worked in various Public Broadcasting management positions in Hartford Connecticut, Washington D.C. and Chicago. Yocom has experience in both radio and T.V., having managed both local and national television production during the 1970s.

In 1998, Yocom was named senior vice president of broadcasting for WTTW11 and WFMT 98.7. Notable programming included performances on both radio and T.V. by The Cicago Symphony Orchestra, Lyric Opera of Chicago, and various documentaries focusing on news and public affairs.

After retiring from WTTW and WFMT in 2001, Yocom moved to Wisconsin to be closer to his wife's family. He went on to serve as WPR's interm director of radio in 2004 and was named associate director of radio from 2005 till 2008. Currently he hosts "Sunday Brunch" and subsitute host for the music department.

Yocom is a native of Philadelphia and graduated from Trinity College, Hartford, Conneticut.