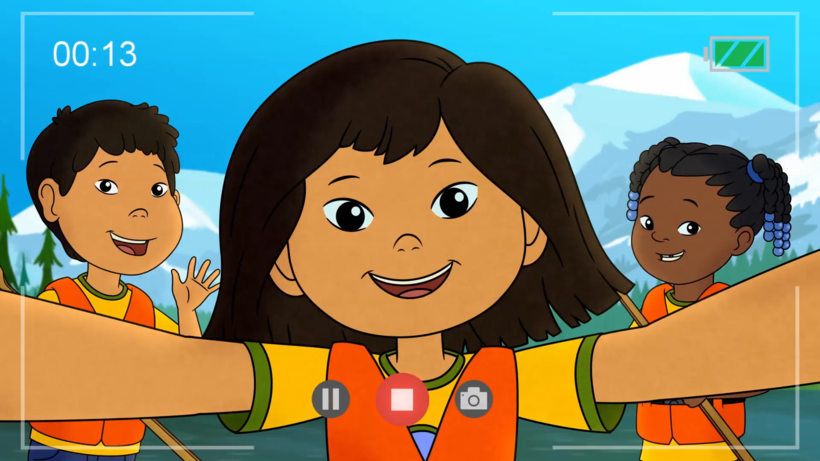 Molly updates her video blog in the PBS show "Molly of Denali" that premiered on July 15. Photo courtesy of PBS KIDS/WGBH Boston

In a new PBS Kids show, "Molly of Denali," viewers are transported to the fictitious Qyah, a community of 94 set against a rural, picturesque backdrop of Alaska.

Molly ushers viewers around her village with the help of her video blog and is tagged along by her best friends, Tooey and Trini, and her trusty dog, Suki. Molly's heritage draws from several Alaskan Native groups in the first nationally-distributed kids series to feature an indigenous lead characters.

For a show that opens the viewing lens to a world somewhat removed from the Alaskan landscape, its inhabitants aren't immune to stereotypes. But those misguided beliefs can be corrected through conversation and communication, the show teaches.

Such is the case in the episode, "Culture Clash," where Molly and her friend Tooey watch a video in the library to learn how to better relate to a new neighbor who just moved from Texas. After taking down notes from Westerns, they approach Trini dressed in makeshift cowboy garb and shout a welcoming "Howdy, partner!"

Trini laughs, and invites the two inside. Tooey asks where Trini's horse is, assuming another stereotype.

"That's just in the movies," Trini's dad corrects him. 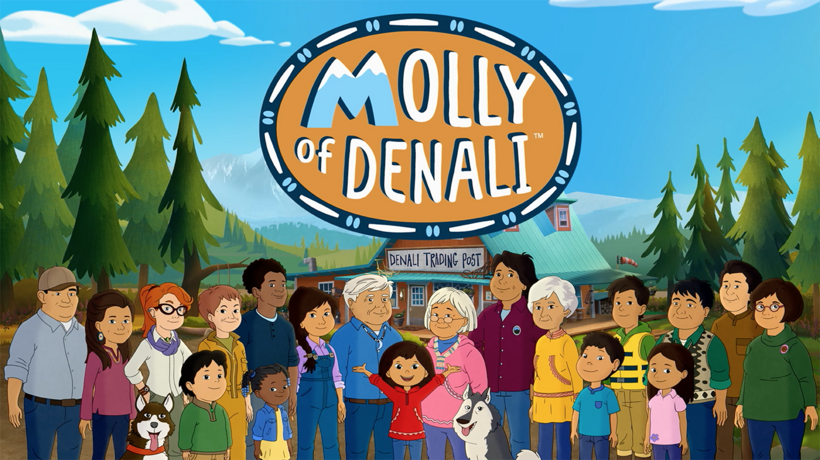 The misunderstanding is sort of a reverse reflection of the confusion that Anchorage resident Rochelle Adams faced while growing up.

"I hadn't ever seen anything that represented my people accurately in the media," she said of stereotypes that had people believing Alaska was filled with "Eskimos" who lived in igloos. Adams' insights were solicited as part of a team of cultural advisers who helped ensure the show's accuracy and authenticity.

Still, the rich community connections, diversity and traditional values lifted up in the series received positive feedback from people as far away as Washington, D.C., who saw episodes of "Molly" during a screening.

"People were really connecting by watching an episode and just feeling that they belong somewhere in Molly's community," Adams said.

Dorothea Gillim, executive producer of the show, said it was important that the show feature the voice of a Native. Through a search process, that position was awarded to 14-year-old Sovereign Bill, of Auburn, Washington, who is Muckleshoot and Tlingit.

"It was really important to us that Molly herself was Alaska Native and we went to great lengths to find her," Gillim said.

Most of the show's voice actors are First Nations, primarily because the location of the recording studio is in Vancouver.

"I'm honestly still processing how amazing this is and far-reaching," Adams said. "People have this excitement and pride in their culture and homeland."

Including Native Voices In Creating "Molly Of Denali" 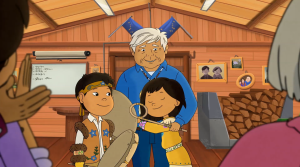 We talk to the executive producer and co-creator of a new PBS children's television program "Molly of Denali" that focuses on the life and community of an Alaska Native girl. We're also joined by a member of the Alaska Native advisory group that helped create the show.

Massachusetts Pioneers Rules For Police Use Of Facial Recognition Tech
Banking On Busy Summer Travel Season, Airlines Add More Flights And New Routes
'Searching For A Mom': A Foster Daughter Finds One – And A Voice Of Her Own
For Mother's Day, Roll Up A French-Style Omelet As A Way To Say 'I Love You'
As Biden Shifts On Immigration, Some Advocates See Him Giving Up Without A Fight