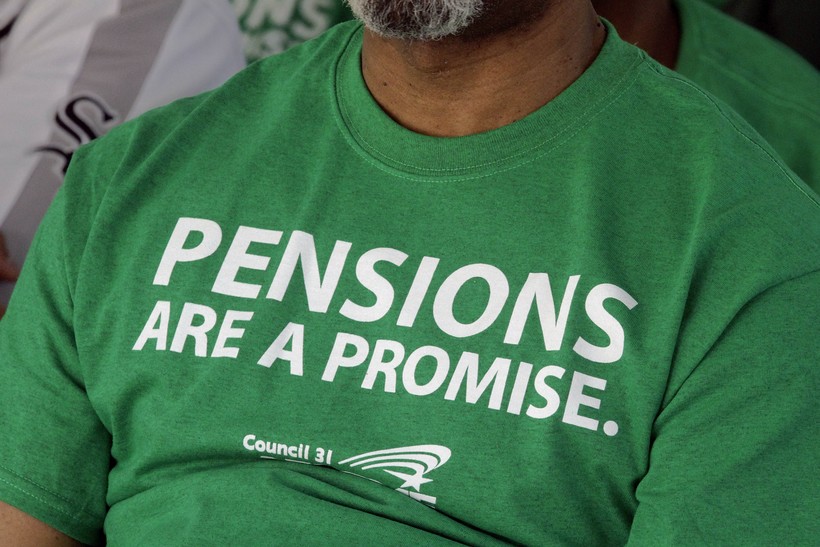 In Wisconsin, nearly 25,000 labor union members could be affected by a U.S. Senate and House committee's inaction to shore up the Central States Pension Fund. The fund could be insolvent by 2025, making those 25,000 members of Wisconsin Teamsters at risk of losing their pensions.

Some of the pension funds' money troubles come from a dwindling number of unionized truckers paying in, but the future of the fund was also put in jeopardy after the federal Joint Select Committee on the Solvency of Multiemployer Pension Plans failed to meet an end-of-November deadline to decide what to do about the financial troubles facing the Central States Pension Fund.

The fund is a "multi-employer" pension fund, meaning many businesses join on behalf of their employees. But Central States’ troubles date back to the 1980s when the trucking industry was de-regulated and many businesses withdrew. Around the same time, allegations of mismanagement made against the company began flying around, said Cheryl Maranto, associate professor of management at Marquette University. This led to the federal government taking over the fund in 1982.

Maranto said there is evidence that Central States management made sketchy loans to known members of the mafia in the 1970s that led to the fund's possible demise. She said unions have a bad reputation for being affiliated with the "underground" but that in the Central States' case it has some truth to it.

"Unfortunately, it was very true of Teamsters and so basically, literally, that plan was being run kind of by and for the mob," she said.

In total, nearly 300,000 union members are either drawing benefits from the Cental States fund or are qualified to do so in the future, Gordon Enderle, an actuary at the University of Wisconsin-Madison School of Business, said. He added that another 123,000 are qualified for future pensions, but only 62,000 Teamsters are currently contributing to the fund through their employers.

"Everyone who’s in Central States' Union is affected by it, in my opinion," Enderle said.

Brad Vaughn, chair of the Green Bay Committee to Protect Pensions, said the government takeover of the fund in 1982 has not worked out as planned.

"They were supposed to be watching over the pension fund and everything. They took control of it," Vaughn said. "They took it away from us and they said, 'We're going to run this pension fund because we can't trust the Teamsters to run it,' and look what happened."

As for those in danger of losing their pensions, Maranto said, "there is going to be pain" for people who were promised a pension after years on the job.

"And the only question is how that pain gets shared because there is no way — I mean, they're wildly underfunded — to fix it and make those pensioners whole without the money coming from somewhere," she said.

It is still possible the Joint Select Committee could agree to advance a low-interest loan to the Central States Pension Fund.

In November, U.S. Sen. Tammy Baldwin, D-Wisconsin, unveiled new legislation to ensure Wisconsin's Teamsters, and thousands of other Americans, can keep their pensions in full.