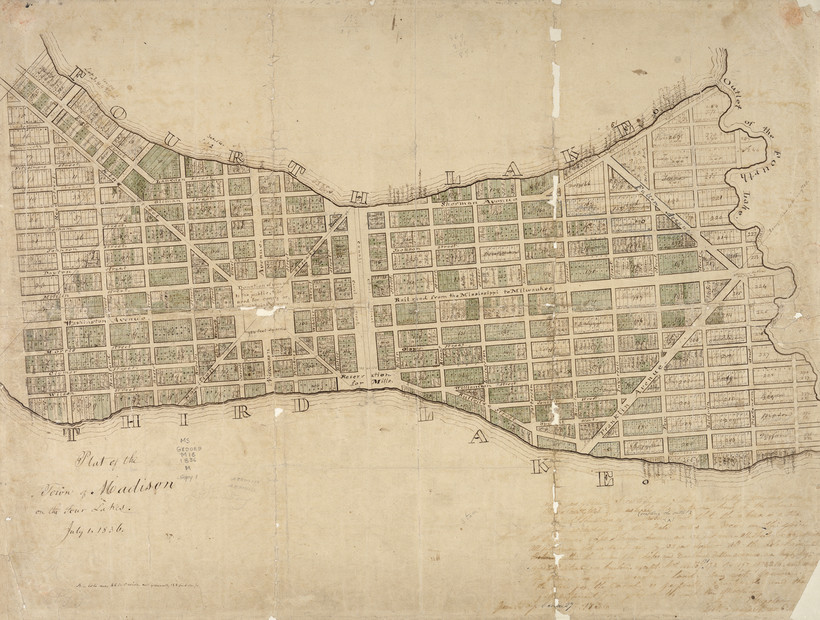 If you've spent any time at the Wisconsin state Capitol building, you know it's majestic, both inside and out. It's the center of state government and the center of Madison, with streets and avenues converging from every direction at the Capitol Square.

But how did that particular spot become one of the most important places in the state? Nancy from Madison wanted to know.

She asked WPR's WHYsconsin: "How did the Capitol end up on the Isthmus? What was the politicking that went on behind the scenes to settle on this piece of land?"

Bethany Brander, southwest sites program manager for the Wisconsin Historical Society, said there was indeed a fair bit of politicking going on in 1836 when Wisconsin became a territory and legislators were charged with picking a capital. She said things could have gone a lot of different ways.

"There were actually 16 other locations proposed," Brander said. "One was Green Bay. Another was Mineral Point because it was in the lead region. It was one of the most populated areas of the territory at the time. Other people wanted places that could become really great cities. So Milwaukee was one of those cities proposed because it was on Lake Michigan." 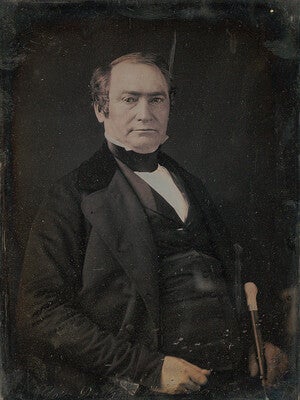 There were also proposals for cities that didn't actually exist — Wisconsinopolis and Wisconsin City were contenders, Brander said — and Madison was also one of these "paper cities," the brainchild of a territorial politician and land speculator named James Duane Doty.

With territorial lawmakers meeting in Belmont in the fall of 1836 to select a new capital city, Doty headed there with a plan.

"On his way to Belmont, he passed through the Four Lakes area. And conveniently in April earlier that year, he had bought a bunch of land, which is now downtown Madison. It's the isthmus today," said Brander. "And he buys this with a couple other partners, and they create this company. And he ... brings a surveyor with him and surveys the land, maps it out and brings this piece of paper with him to Belmont."

On that piece of paper was a detailed map of an impressive, modern-looking city that didn't yet exist. While ancestors of the modern Ho Chunk Nation had occupied the area for thousands of years, there was virtually no white settlement there. So when Doty arrived in Belmont, he got to work doing whatever he needed to do to curry favor and sell his vision for what his capital city could be.

For one thing, Doty had heard that accommodations for the legislators in Belmont were cramped, cold and miserable, Brander said, "so, when Doty arrives in Belmont, he comes with a bunch of buffalo robes. Very smart on his part. And in the evenings, he would go around to other groups and individuals, and he'd hand out all of these buffalo robes to people telling them about his paper city called Madison."

Doty also tried to sway legislators by appealing to their sense of patriotism, according to Brander.

"He named Madison after the recently departed President James Madison," she said. "His city was laid out a lot like D.C. was at the time ... He named the main thoroughfare leading up to the Capitol Square Washington after George Washington. He named all the streets around the capitol after all the signers of the Declaration of Independence. So he was really trying to play to people's ideas of what a new city should be like."

But Doty was also offering more than just warm buffalo robes and patriotism.

"He also is offering people some real estate in Madison. He bought up all this land with his company and he wants to make money off it. So he's letting all this land go to these people for cheap, people that they're friends with and people who might influence the legislators as well," Brander said. "And so by the time the final vote for the city of the new territorial capital happens, about half the legislators own land in Madison, plus the two clerks of both houses. Also, Gov. (Henry) Dodge's son. So it kind of helped sway people's opinions to make the capital Madison."

By 1837, settlers were already arriving in Madison and construction had started on the first Capitol building. Many of the elements in Doty's original map, including street names and the layout of the Capitol Square area, can be seen in the city today.