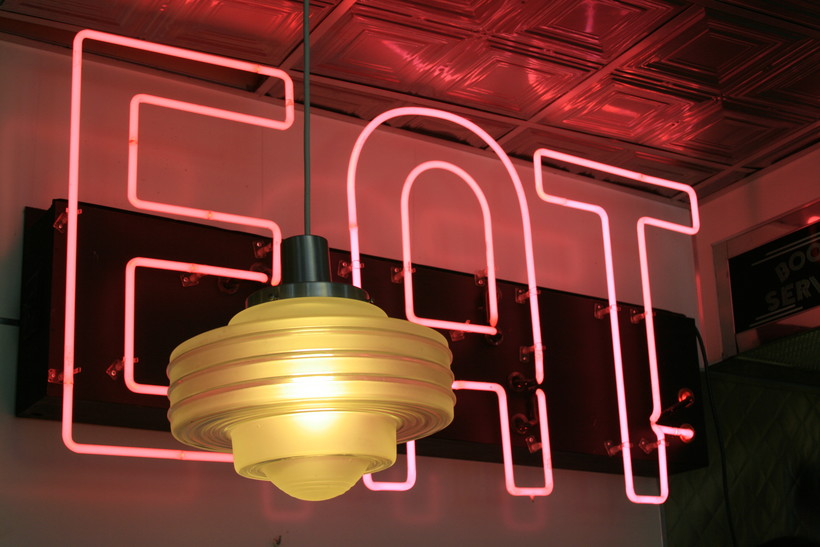 Pay-What-You-Can Restaurant In Milwaukee Off To A Good Start, Pastor Says

A theologian with no culinary training is running a popular and thriving pay-what-you-can cafe in one of Milwaukee's poorest neighborhoods.

As an ordained pastor in the Moravian Church, the Rev. Christie Melby-Gibbons has long been motivated to help people who need it most. For six years, her ministry in Los Angeles rescued nearly expired food and began platting those ingredients to serve healthy, gourmet dinners to the homeless and others who didn't know when their next meal was coming.

"After a couple of years in, there was just so much life around that table and so much love experienced," Melby-Gibbons said. "And we were watching food go from almost being in a dumpster to being presented on a table in a beautiful way. And we thought, 'I wonder if we can take this to a higher level?'"

Originally from Iowa, Melby-Gibbons and her husband began looking to relocate to a city somewhere in the Midwest to start a pay-what-you-can cafe, tapping into a national network of like-minded restaurant operations called the One World Everybody Eats.

The network started as one restaurant in Salt Lake City in 2003 and has grown to more than 60 cafes around the world. They allow patrons to pay what they can or volunteer in exchange of a meal, to choose portion sizes, they also pay all employees a living wage and rely on local farmers for as much healthy produce as possible.

Melby-Gibbons said she was called to open her restaurant in Milwaukee mostly because it felt like the city needed her. She did demographic studies of the neighborhoods and intentionally opened Tricklebee Cafe at 45th Street and North Avenue, a high-poverty area near Sherman Park where about a third of the neighbors are unemployed. Additionally, she said almost 40 percent of people living within a mile radius of the restaurant live below the federal poverty line.

"We plopped ourselves down right in the middle of that and said, 'This (is) exactly the place that needs a warm cafe with wonderful food,'" Melby-Gibbons said.

It was an eight-month search for the right building. More than 90 volunteers put in 700 hours to transform the property. Sun now pours in the front windows, the beautiful tiled floor from the 1930s has resurfaced, and best of all, it's next to a bus stop, bringing plenty of food traffic.

On the Wednesday before Thanksgiving of 2016, Tricklebee Cafe officially opened for business. With no previous experience in a professional kitchen, Melby-Gibbons said there were times when she felt overwhelmed, especially those first few weeks.

"I've never taken a culinary class in my life," she said. "But I understand what hospitality looks like and what it feels like, and how beautiful it is to watch people gather around a table of all different demographics and backgrounds. We all eat, and we all hunger for good food and good community, and so I figure that's my gifting, and you don't have to be a certified chef to do that, you just have to have the passion for it."

The passion is paying off. Three months into the endeavor and business is good, said Melby-Gibbons. About 90 percent of the Tricklebee's patrons are paying the suggested fair price. Rarely do people pay nothing, maybe 1 to 2 percent of diners, and they will often help bus tables or serve food in exchange of the meal.

Looking ahead, Melby-Gibbons hopes to eventually acquire a small strip of city-owned land just next to the restaurant to start a farmer's market in the summers with a music stage and healthy eating workshops.