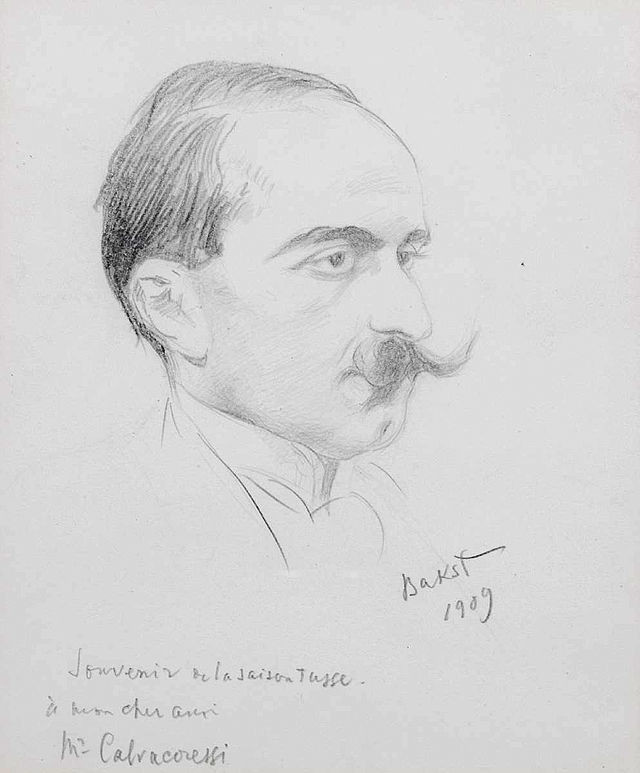 People who pay to attend a music lecture don’t necessarily pay attention while it’s in progress. In 1905, music critic Michel Calvocoressi was to do his first public speaking and, due to no fault of his own, he ran into trouble right away. He was to give a lecture on Russian music at a Paris theatrical institution, and he started with a double disadvantage. The date of his lecture was moved up, and he was to stand in for the famous actor André Antoine.

Calvocoressi asked an actor friend to give him some pointers on the art of lecturing. One piece of advice would prove quite valuable.

On the big day, a large audience showed up, most of them expecting the great actor. From an adjoining room Calvocoressi listened in on the conversations in the hall and heard remarks such as, “Oh, not Antoine? What’s the lecture about then? Russian music...by whom? Cal-vo-co-res-si....Sounds boring! Let’s take off.” Then some second thoughts: “Well, lots of things are to be played and sung. As long as we’re here, we might as well stay.”

But he wasn’t off the hook yet.

Calvocoressi entered the crowded, noisy hall and started speaking. Right in front of him, three or four ladies continued to carry on a conversation, rattling handbags and beads, oblivious to his presence. The distraction was bad enough, but Calvocoressi was afraid that their inattention would quickly spread to the rest of the audience unless he took action.

He remembered a pointer from his friend the actor and started lecturing, not to the audience at large, but to the offenders, telling them in a confidential tone about Russian folk songs and their influence on Russian composers. Everyone else in the audience began craning their necks to see who was getting the special lecture, which made the offending ladies very self-conscious--and, suddenly, very attentive.

Michel Calvocoressi tells the story in his memoir Musicians Gallery.