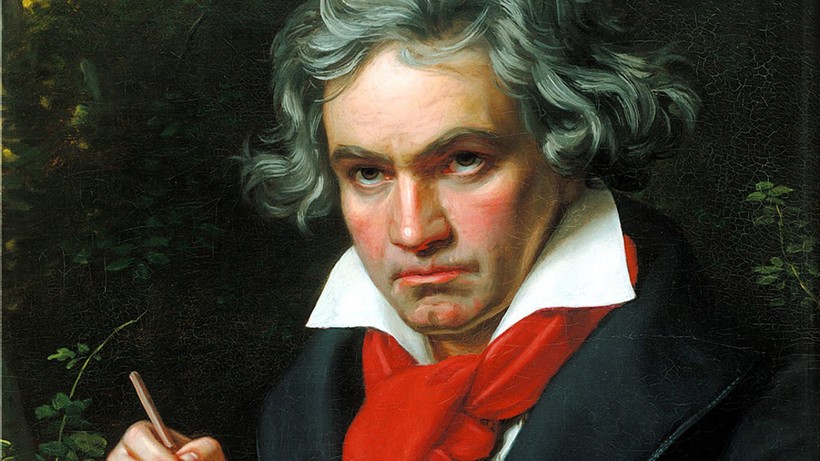 Ludwig van Beethoven's music has many stormy moments, and it's likely that some of them were inspired by his dealings with his publishers. In the spring of 1805 he wrote to Breitkopf and Hertel in Leipzig a letter that shows his Olympian anger:

"Only yesterday did I receive your letter dated January 30th. Although I can readily understand your long delay, the whole affair is too embarrassing for me to waste a single word on it.  If there was a fault here, it was a mistake my brother made regarding the time allowed for the copying. The honorarium is far less than what I usually take.  Beethoven makes no boast and despises everything that he has not expressly received through his art and merits.  So send back all the manuscripts you have received from me, including the song.  I cannot and will not accept a smaller fee.

“There are no middlemen between us to prevent us from coming to an agreement.  No, the impediments are in the issue itself--which I neither can nor care to alter."

“The publisher hung on to the manuscripts, and on April 18th, 1805, Beethoven regrouped his thoughts and wrote again:

"I must insist that you print at once the works you have already received, so that the symphony and sonatas appear within two months.  [The delay in publishing my works has often been very harmful to my business relations, so I am resolved to stick to such deadlines in the future.]

“As to the payment, it would be fairest if you pay the 700 florins for the three works you already have and when you get the other two, pay the balance of 400 florins.  If, for some unforeseen reason,  you find that these terms aren't to your liking, my only recourse will be to break off negotiations and demand the immediate return of the works you've already received."

In this instance the publisher agreed.  But the stormy Beethoven temper would come into play many more times in his turbulent business dealings.