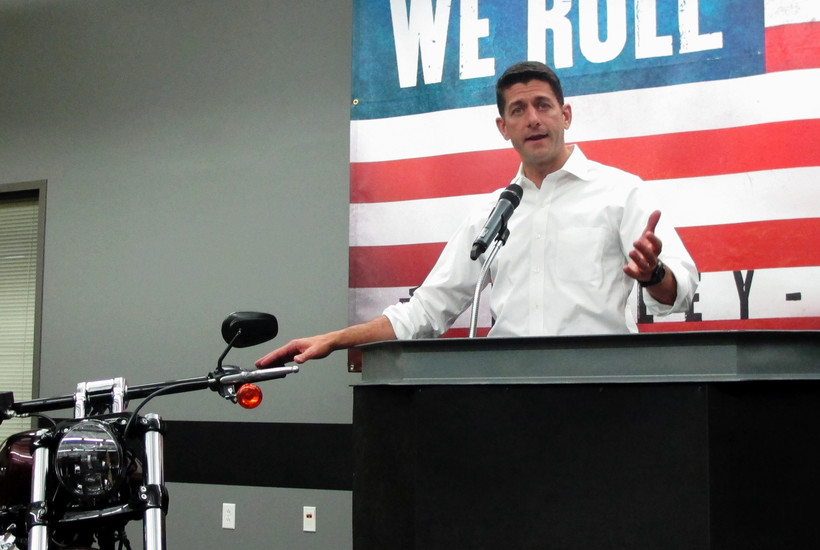 The Janesville Republican was asked about the deal Monday following a tour of a Harley-Davidson plant in Menomonee Falls.

Ryan said Foxconn will "bring a whole new sector to our economy'" with high-paying jobs, calling it a "great breaker of poverty in Wisconsin."

While praising the move to bring the Asian manufacturer to Wisconsin, Ryan also addressed Harley-Davidson's decision to open a factory in Thailand, describing it as a "market-access move."

Ryan spoke with company and union officials at a closed-door meeting.

Ryan told reporters later that he talked with them about Harley's opening of a plant in Thailand to access the Asian market. Ryan used it as an example of why tax reform is needed in the United States, saying lowering rates here would help them be able to sell abroad.

"We've got to find access to those markets so we can make things here and sell them overseas," Ryan said.

Ryan and Republicans are determined to overhaul the nation's tax code after more than three decades, delivering on a top legislative priority for President Donald Trump.