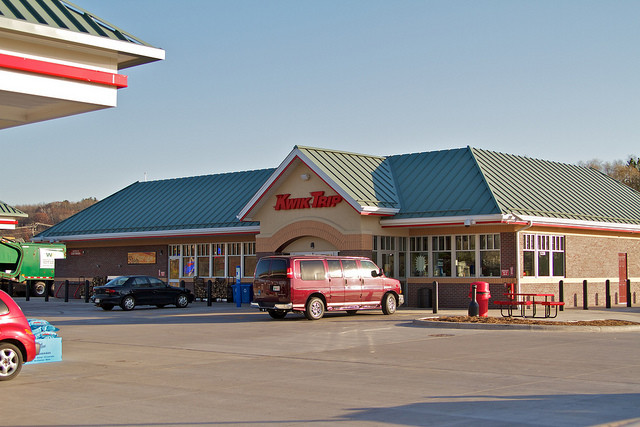 Wisconsin health officials say a series of infections have been linked to veggie trays sold at Kwik Trip convenience stores.

The state Department of Health Services is investigating a series of Cyclospora infections in 15 Wisconsin patients and three Minnesota patients.

All of the patients reported purchasing a Del Monte vegetable tray from Kwik Trip before becoming ill, leading DHS to warn consumers not to consume the products from locations in Wisconsin or Minnesota. The 6- and 12-ounce veggie trays contain broccoli, cauliflower, carrots and dill dip.

Ryan Wozniak, surveillance and investigation unit supervisor for DHS's Bureau of Communicable Diseases, said the agency first learned about the infections in mid-May. But he said it can take weeks before DHS discovers an outbreak.

"If people consume something contaminated, it might take a week or so for the illness to progress to the point where you start to feel ill," Wozniak said. "Ill folks might wait a few days to go and see their physician. And then the physician would potentially do some testing and that would take another couple of days."

Wozniak said confirmed cases are then reported to local health departments which pass along the information to the state. He said DHS then does interviews with affected patients to identify an outbreak.

Cyclospora is a parasite often found on fresh produce imported from developing countries. Wozniak said it's not readily passed from person to person and symptoms can include diarrhea, nausea, a low-grade fever and weight loss. He said the state usually sees a few cases of the infection each year, but has seen outbreaks of more than 20 cases.

Wozniak said DHS is anticipating new cases to be reported in coming weeks.

"This is a fluid, ongoing investigation and we’re seeing cases come in over the past few days," Wozniak said.

Wozniak said Kwik Trip has been "very cooperative" and voluntarily removed the products from their stores last week. A Kwik Trip spokesman did not return a request for comment.