City and town governments in Wisconsin could face sharp cuts to their budgets next year without additional federal aid, according to Jerry Deschane, executive director of the League of Wisconsin Municipalities.

Deschane told WPR’s "The Morning Show" Thursday that municipalities have already lost at least $400 million in revenue because of the pandemic.

Meanwhile, cities and towns have seen their costs go up because of the pandemic, from direct health costs to buying computers and other IT infrastructure to accommodate remote work.

Even tracking the way local governments have spent federal and state aid money is itself an added expense, he said.

The full effects of the pandemic will hit municipal budgets next year because of the way local financing works in Wisconsin. He said balancing local budgets will likely mean cuts to local services.

Deschane said another looming concern is the future of the state’s shared revenue program, which is the second largest funding source for municipal governments.

"If the state has to balance its budget — and they’re talking about a billion dollar shortfall — the shared revenue program could easily take a 5 or 10 percent hit," he said. "That’s $50-100 million of lost income for local governments."

He's calling for Congress and the White House to approve another round of aid to cities and towns as part of the next coronavirus relief package. 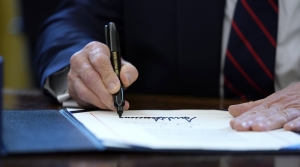 Congress is debating another relief package before jobless benefits expire at the week’s end. But the last aid bill left municipalities struggling to interpret how they could spend the money. We look at how Wisconsin localities used CARES Act funding, and what questions and needs remain.