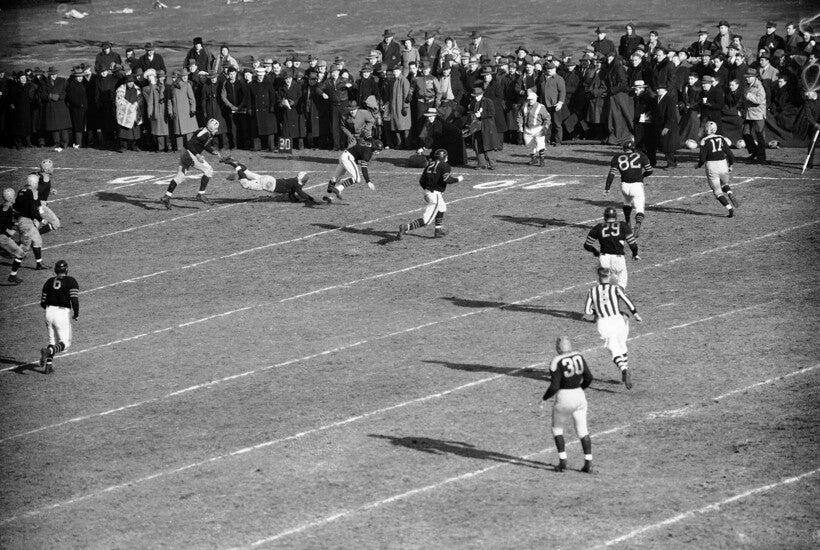 Hugh Gallarneau (8) of the Chicago Bears stumbles but keeps on going as a Green Bay Packer makes a flying grab at his feet at Chicago, Dec. 14, 1941. Chicago won 33-14. AP Photo

Thursday night will see a rematch of the NFL's oldest rivalry as the Green Bay Packers kick off the 100th season of the NFL against the Chicago Bears.

It's a rivalry that goes back to 1921, and one Packers head coach Matt LaFleur hopes will jump start a productive 2019-2020 season after last season ended in disappointment.

But the Bears will be a formidable opponent, as they are the defending NFC North champions, and beat Green Bay last December in Chicago. 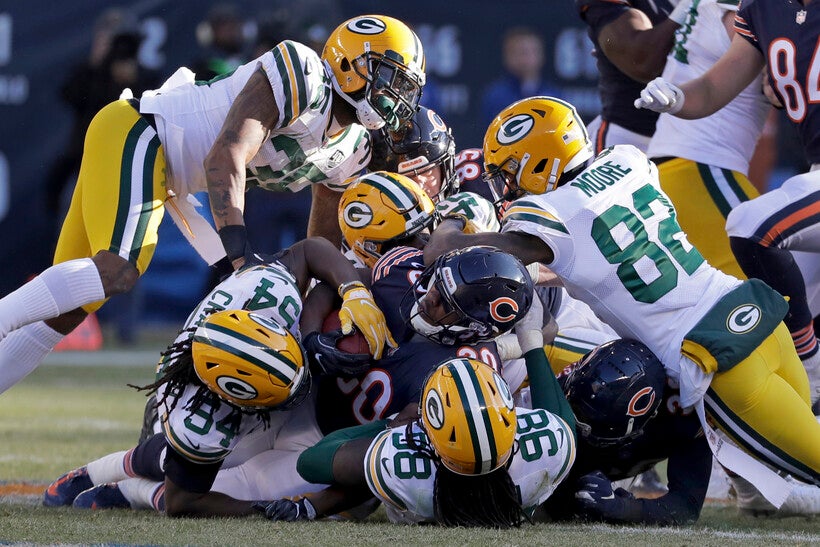 Chicago Bears running back Benny Cunningham (30) is tackled by Green Bay Packers defenders during the second half of an NFL football game Sunday, Dec. 16, 2018, in Chicago. Nam Y. Huh/AP Photo

Since taking over as head coach of the Packers in January 2019, LaFleur has been working to develop a new offensive system for the team.

Wide receiver Jake Kumerow said while the team expects the Bears' defense to be formidable, the Packers will stay focused on moving the ball forward with each play.

Asked how they plan to do that, Kumerow said simply: "Just listen to Aaron (Rodgers, the Packers’ quarterback). Do what he tells you to do and do it to the best of your ability."

The Packers' home opener will be Sept. 15 against another NFC North team, the Minnesota Vikings.