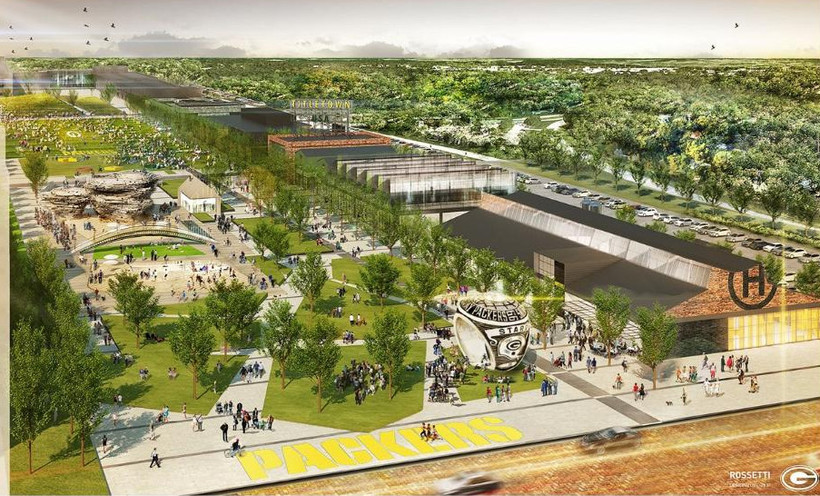 An artist's rendering of the development.

'Titletown District' Will Not Be Paid For With Public Funding, Team Officials Say
By Patty Murray
Share:

The "Titletown District" development would be on a 34-acre plot just west of Lambeau Field. While the team has three major tenants already lined up for the district— a health clinic, hotel, and a local microbrewery — Packers President and CEO Mark Murphy said its central feature will be a 10-acre public plaza.

"Roughly one-third of the entire development will be dedicated to a public park," he said.

The district will also feature an ice rink in the winter, and a giant ring will that would provide photo opportunities for fans. According to Murphy, the ring would be a "rather large replica of Bart Starr's Superbowl ring from Super Bowl I."

Counting the money that will be spent on buying and razing property, along with installing utilities, the team will spend $65 million on the project, according to Packers Vice President and General Counsel Ed Policy.

"We're also going to be spending a yet-to-be-determined amount to design and ultimately construct the public plaza over there," said Policy. "And of course, our tenants will be spending a significant amount to build their buildings."

Work on the initial development should be done by fall of 2017, although more is expected to be added to the district afterward.

The Packers tapped Brown County sales taxes to finance a refurbishment of Lambeau Field. However, no public money is expected to be used for this development.