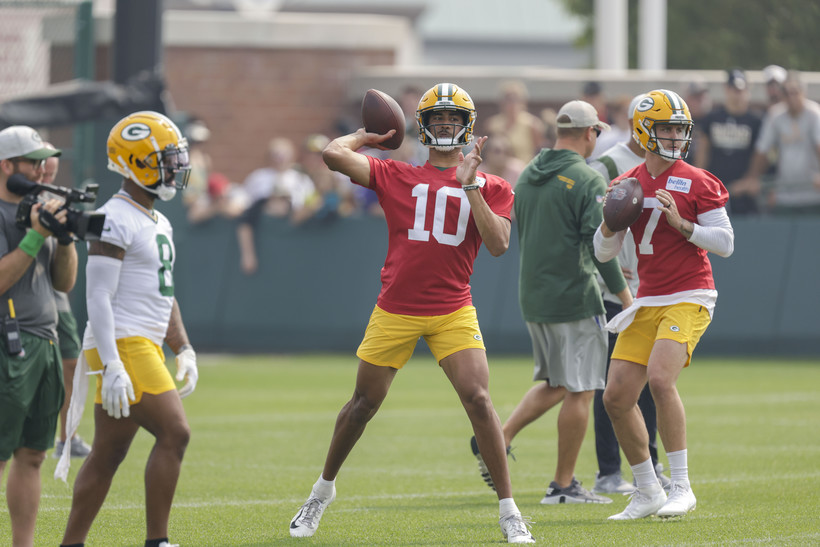 For the first time in more than 18 months, Lambeau Field will be full on Saturday as the Green Bay Packers open their preseason campaign.

The Houston Texans will be in Green Bay Saturday night — where much of the focus will be on quarterback Jordan Love, who is likely to take most of the snaps this preseason.

The Packers traded up to draft the former Utah State quarterback with their first-round pick last year. Saturday marks Love’s first game since the 2020 Senior Bowl, a postseason exhibition for college players.

"It’s almost like I’ve been training a year just for this first preseason game," Love said. "I’m super excited to get out there and get back to playing ball."

On Thursday, head coach Matt LaFleur said he wants to give Love opportunities to succeed during the preseason, but there isn’t too much game planning in the works.

"You’re just kind of running your foundation concepts, your Day 1 install," he said. "You want to see guys go out there and be able to play fast and execute."

Of course, much of the focus this offseason has centered around another Packers quarterback. It was unclear this summer whether reigning NFL MVP Aaron Rodgers would be back in green and gold.

Reports of a rift emerged before the 2021 NFL Draft, and Rodgers missed Green Bay’s mandatory minicamp earlier this summer. He didn't even know if he'd attend training camp until just days before it was set to begin, he said.

Rodgers was frustrated that he didn’t have a say in personnel decisions, and he wanted a long-term commitment from the team to avoid becoming a lame-duck quarterback, "especially after an MVP season," he said.

Rodgers and Love have both maintained that their relationship is good. And though LaFleur said Rodgers is unlikely to play this preseason, it probably has nothing to do with the conflict, according to ESPN. In fact, the outlet reports that Rodgers hasn’t played in the preseason since 2018, when he appeared in one series.

There were no preseason games last year, so this marks the first one at Lambeau Field since 2019. A thousand health care workers received free tickets for Saturday’s game in appreciation of their work during the pandemic.

Next Saturday, the Packers will host the New York Jets. They’ll travel to Buffalo to face the Bills in this year’s final preseason exhibition.

The Packers open the regular season against the New Orleans Saints on Sept. 12 at the Superdome.