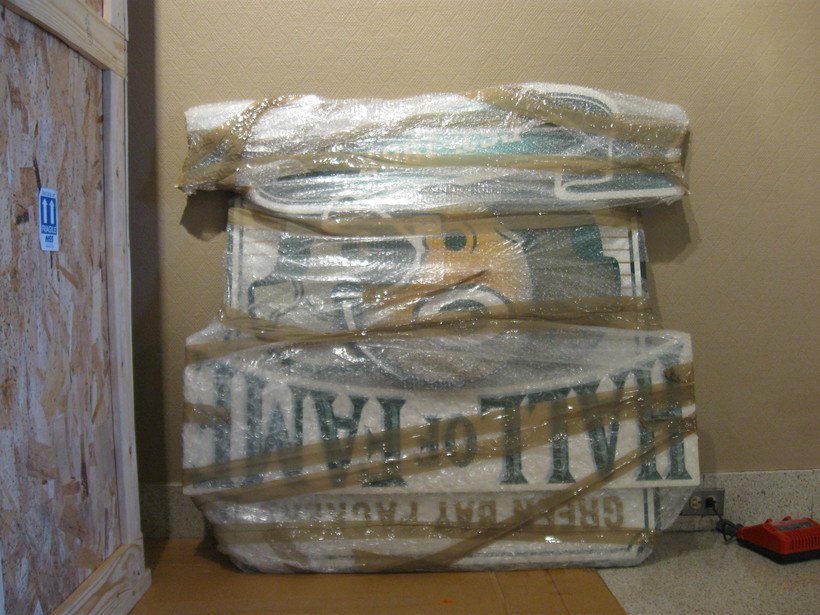 Packers Hall Of Fame Closes For A Year Of Renovation

The Green Bay Packers Hall of Fame in Green Bay will be shut down for around a year of renovation, but some prized artifacts will be on loan to the city's public museum.

On moving day for the Packers, workers spent the morning rolling in wooden crates and fiberglass statues of players, all wrapped in plastic.

The figures, 14 wooden lockers, and a rotating display of artifacts will spend this year at the Neville Public Museum. The exhibit opens April 5th.

Tom Murphy is the Hall of Fame's archivist and a Packers board member. He says the Neville's display is a “condensed” version of what the Hall could house.

“But the quality is certainly going to be there. For instance, I just got a donation a couple of weeks ago. I got a sideline hoodie made of wool from 1939 worn by a former player named Pete Tinsley; his daughter donated it. It's green and gold and it's in really good shape,” Murphy said. “We're going to have the original goal post crossbar from Hagemeister park.”

The Hall of Fame's most famous artifacts are the Lombardi Super Bowl trophies. The museum's interim director, Beth Lemke, says the Neville is preparing for them.

“We're building a special case for trophies, so over the course of the time of things in the new construction some trophies may be coming and going, depending on case work and needs for the Hall of Fame itself," Lemke said. Asked whether one might be able to see a Lombardi trophy if one came to the Neville this summer, Lemke nodded: "Yes, yes.”