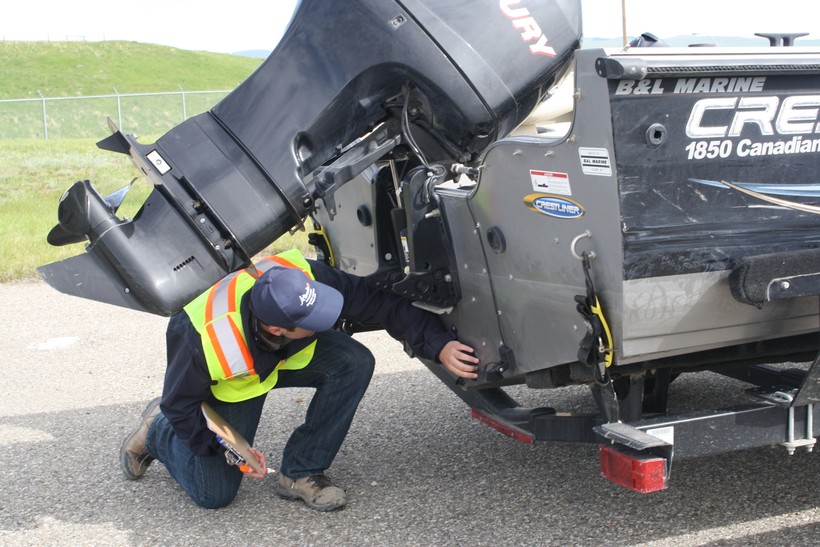 The spread of zebra mussels and other aquatic invasive species throughout the Great Lakes has stabilized in the last half decade, thanks in large part to the state's outreach efforts, according to an environmental researcher.

"That doesn't sound like really exciting news, but that's actually a good reflection of our outreach efforts because if we did nothing, the rate of spread would dramatically increase over time," Tim Campbell said, an aquatic researcher with the UW-Extension Environmental Resources Center.

It’s been more than 25 years since zebra mussels were first detected in the Great Lakes, Campbell said. Along with Asian carp, the mussels quickly became the poster child of invasive species in Wisconsin because of their widespread impact on water ecology and lake recreation.

The small, D-shaped clams, typically yellow or brown with alternating stripes, came into the U.S. by large, oceanic shipping vessels leaving eastern Europe and western Asia. Once the mussels arrived, recreational boaters quickly spread them to a number of lakes across the state.

Wisconsin began developing an aquatic invasive species management plan in 2002. Campbell now leads an effort to revise the plan. He said prevention is the best tactic in fighting back.

"We can do some things once invasive species get here," Campbell said. "There are control options available, but they're really expensive and eradicating a species is difficult and expensive. (Prevention) is how I think we've been leaders in managing aquatic invasive species here in Wisconsin."

One of the hallmark programs of the state's prevention efforts has been the Clean Boats, Clean Waters outreach initiative that stations volunteers and paid staff at boat launches for boat and trailer checks, as well as hand out educational materials.

Inspectors checked more than 6,200 boats in 2004 when the initiative originally launched, rising to more than 133,880 boats in 2015, according to the Wisconsin Department of Natural Resources

With boating season upon us, Campbell encourages people to take steps to make sure zebra mussels and other aquatic invasive species don't spread to new waters. The WDNR offers the following steps for boaters: