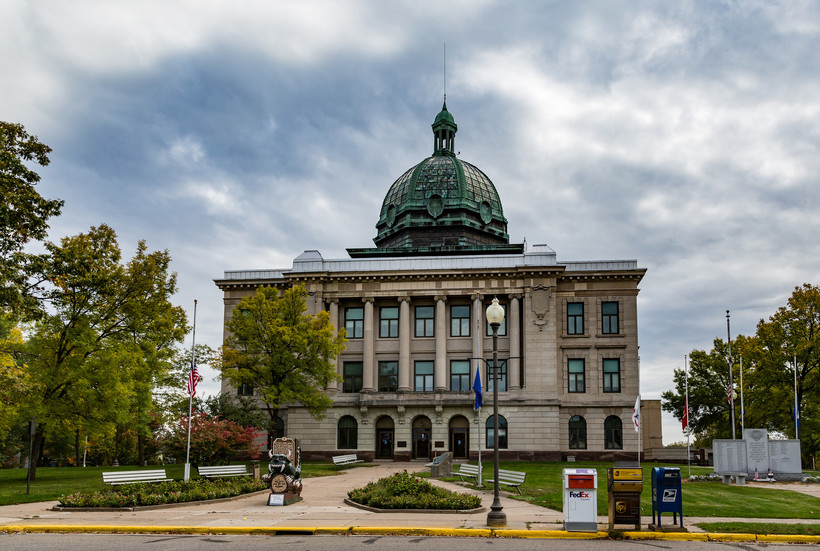 The Oneida County Courthouse in Rhinelander.

Oneida County is asking people to vote on whether they support or oppose mining a zinc sulfide ore deposit in a referendum Tuesday. State lawmakers lifted a decades-old moratorium on sulfide mining last year.

The Lynne Deposit in Oneida County contains around 5.6 million tons of zinc sulfide ore, lead and silver that could be extracted through an open-pit mine, according to the Wisconsin Department of Natural Resources. The county is asking voters in an advisory referendum whether it should allow leasing of county-owned lands in the Town of Lynne for a metallic mine.

Wawronowicz said they want to maintain clean air, water and land that supports tribes' rights to hunt, fish and gather under treaties with the federal government.

"It’s very important in terms of the Lac du Flambeau Band that we make sure that we’re going to, as a state or a tribe — it doesn’t really matter — that if we’re going to try to develop economically, that we do that in an environmentally safe way," he said.

"We think that bringing a mine up to the Northwoods just has incredible potential to result in job creation and investment up there," said Manley. "We know that with modern mining technology and modern environmental laws, that we can have those great jobs and that economic development while we’re protecting our environment and natural resources."

Manley noted the advisory referendum is nonbinding, meaning the county board is not obligated to follow voters’ wishes. However, he said support for the referendum would send a signal to local decision-makers and investors that the county is open to mining. Manley feels a mine in Oneida County would have a positive ripple effect statewide on industries that would supply the operation.

A recently released study by the Center for Research on the Wisconsin Economy at the University of Wisconsin-Madison estimated a metallic mine in the county would create up to 700 jobs, as well as an additional 1,274 jobs during construction over two years. The study also found a mine would add around $44 million in labor income and generate $6.8 million in state and local taxes each year. The study was paid for by a grant from the Oneida County Economic Development Corp. that was supported by a private donation.