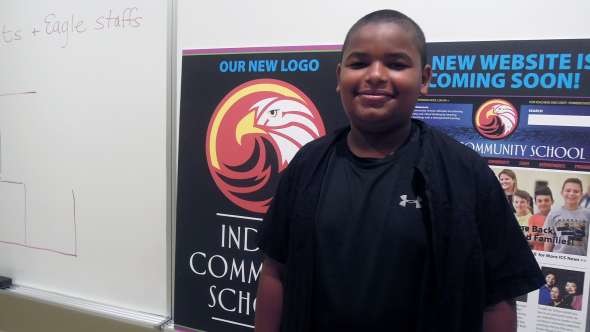 DeShawn, a member of the Menominee Bear Clan, is a 6th grader at the Indian Community School in Milwaukee.
Gretchen Brown/WPR

One School In Wisconsin Brings Together Students, Faculty, From 20 Tribes [Article And Audio] 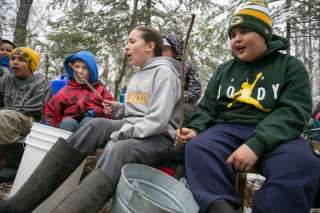 The Indian Community School in Milwaukee was founded in 1969. Jason Dropik, the interim head of the school, is Ojibwe and a member of the Bad River Band of Lake Superior Chippewa. He says the school was founded because parents were unhappy with the experience of Native American students in schools where they were the minority.

"In many educational settings, things such as language or traditions or customs that families pass on to their kids aren’t able to be taught, or valued, or shared in a school-type setting," Dropnik said. "(In our school) students are able to learn a lot about their culture and traditions, including language, and also be a part of many of the teachings that have been passed on from generation to generation."

The school provides an education for Native American students in grades ranging from pre-K through eighth grade. Dropik said that the objective is "to infuse culture in all that we do."

Unlike the Waadookodaading Ojibwe Language Institute in Hayward, Wisconsin, the Indian Community School is a multi-tribal facility.

Officially, the school has students, teachers and staff from 16 tribes. But Dropik explained that "even within those 16 different tribes that are currently represented, we have well over 20, because that doesn’t take into account, different — for instance — Ojibwe tribes that have different bands and they have very distinct government, and locations,and reservations."

While that diversity of language, tradition and culture is a source of richness, it can also present some challenges, Dropik says.

"We do our best to try to make sure that we are giving a very wide diverse experience for our students, so that it’s not just the knowledge of one tribe, or one language, or one way of being, but really as many as we can possibly expose our students and staff to," said Dropik. "... We try to continue to grow. And as we grow, our students can grow. And so as many experience as we can give them, is what we look to do. And through that they really gain an understanding of acceptance, and realizing that there are many ways that people practice what they believe, many different ways of being and that we’re are to respect all of those."

Language is a key element of a sense of identity, history and culture. The school currently offers instruction in Oneida, Menominee and Ojibwe. Each student in the school receives language instruction every day, and faculty and staff try to make sure that it leaves the classroom and is a part of hallway conversations, recreation and meal times as well.

Dropik also said that many of the school's teachers didn't have the opportunity to learn a Native language while they were growing up, so they learn alongside their students by attending language classes with them.

While traditional Native experiences are taught in many different ways, Dropik said that language holds a special place. 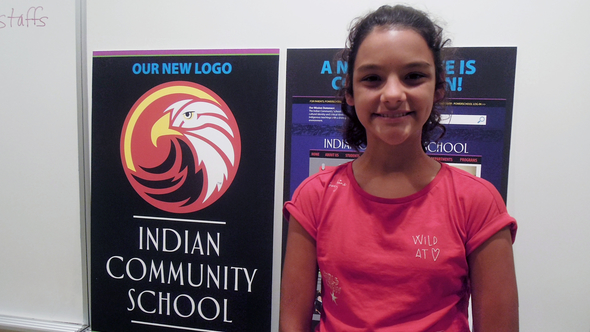 Listen to students speak the Native languages they're learning.

"It’s essential ... Language is culture. And a lot of the cultural beliefs and different ways of being and traditions and ceremonies that are held within Native communities, they can’t be held without the language," Dropik explained. "Keeping that language going — especially as important as language is to a person’s state of being and a way of helping them navigate the world around them — is really important to us. Because also within that language there’s very meaningful ideas that are taught and concepts that students are able to get, not just by learning words, but really learning about the language and what it means to the people that came before them."

Dropik joked that their goals for their young students is to have "everything" when they leave school. But then he outlined what their long-term hopes are for all of their students.

"We want our students to have a proud, strong Native identity that prepares them for whatever their future has in store for them," Dropik said. "And with that strong cultural understanding and that really strong base, that they can take on any obstacles that may come up in front of them in the future."

This audio slideshow created by WPR's Gretchen Brown features students from the Indian Community School speaking the languages that they are studying.