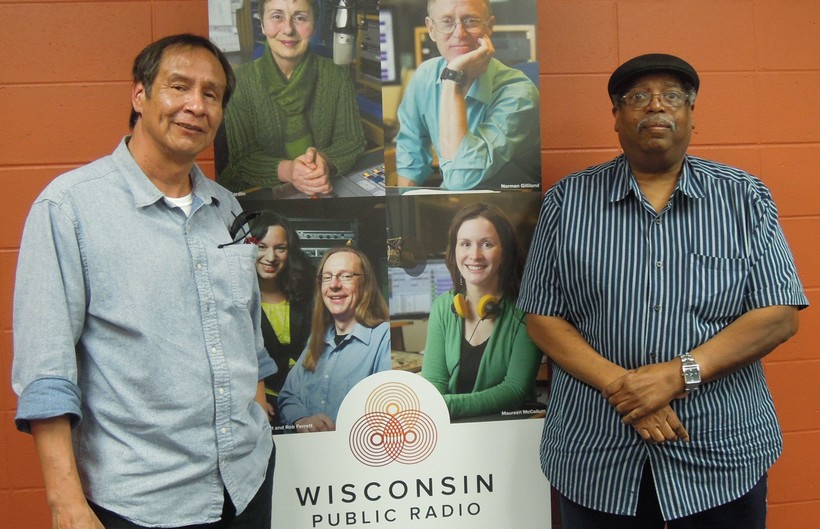 Panel: Baby Boomers Not Revered As They Honored Their Elders
By John Davis
Share:

Respect your elders. It's a widespread belief that has traditionally been associated with how younger generations treat those who are growing old.

But not so much anymore, according a group of 60-somethings from different backgrounds who met this week on Newsmakers to talk about aging issues among cultures.

Katherine Schneider of Eau Claire was born blind in Kalamazoo, Michigan, in the days before the Americans with Disabilities Act. She said about half of the population older than 65 years old will develop a disability of some kind before they die, and won't likely gain the respect of younger generations that baby boomers showed their parents or grandparents.

"Women tend to be erased. We're invisible, we're ignored or we're condescended and brought out on Mother's Day," Schneider said. "As a woman and as a person with a disability, there's images of elderly that aren't all that positive."

Cecil Adams grew up in Charleston, South Carolina, in the 1950s revering his grandparents and their advice to be respectful, believe in your God and stand up for what you think is right. But he's concerned that a generation of African-Americans has missed that message, in large part because there are many more young, single females responsible for raising the family.

"In my generation, you didn't talk back, you knew when to be quiet, all it took was a stare or a look, and you sat still," Adams said. "Nowadays, if you do that, look you might get a reply from the child, 'What are you looking at?' and you know, 'You hit me, and I'll call the police.'"

Dan Green was raised mostly by his grandparents in the late 50s and 60s in the Wisconsin Dells area. He believes an influx of casino revenue for younger Native Americans has caused them to abandon tradition. He noticed it 20 years ago when elders started to be placed in nursing homes, something that never used to happen.

"Traditionally it's a huge part of the culture. Respect elders at all costs," Green said. "But what actually comes down is it's as much talk as anything else."

They all said the biggest challenges for the various groups as the aging population continues to grow are transportation for the disabled, finding ways to keep older African-Americans in the home and health problems associated with poor nutrition for Native Americans.

Editor's note: Newsmakers has been doing a monthly series of programs about different aspects of an aging population this year.