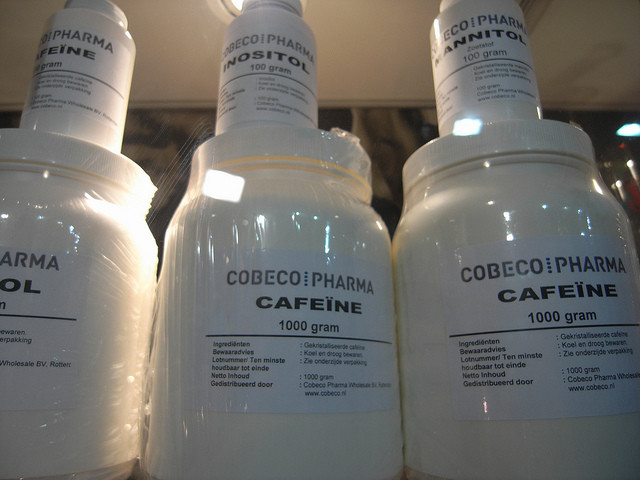 Caffeine powder being sold in a store in Amsterdam. Photo: Nina JG (CC-BY-ND).

Stimulant Is Easy To Overdose On, According To UW Pediatrician
By Robyn Cherry
Share:

The recent death of a teenager from Columbus, Ohio, has brought attention to the dangers of caffeine powder — a dietary supplement that is reportedly being used by young adults to stay up and study for exams.

Logan Stiner died just a few days before graduating from high school after ingesting a lethal amount of caffeine powder. He had more than 69 micrograms of caffeine per milliliter of blood in his system — a concentration more than 20 times higher than what's associated with a cup of coffee.

Dr. Paula Cody, a University of Wisconsin Health pediatrician who specializes in adolescent medicine and risk-taking behaviors, said on Monday that caffeine is the most widely consumed stimulant and is “very easy to get online because there are no age restrictions.”

Cody said that she’s reported 32 calls to the poison call center herself because of the stimulant. She said she believes the correct amount of caffeine to be used as a direct stimulant is very difficult to measure with regular measuring kitchen utensils. A person only needs, “1/16 of a teaspoon,” and measuring spoons don’t come in sizes that small.

One teaspoon is 25 cups of coffee — an amount of caffeine that could lead a person to develop a fast heart rate, or even have a seizure.