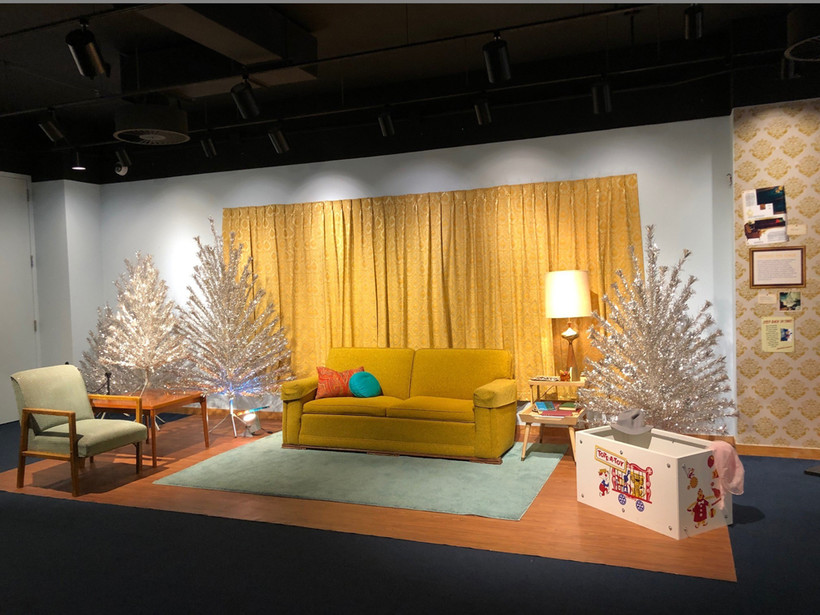 Oh Aluminum Christmas Tree, Your Branches Are Ever Gleaming

Wisconsin Historical Society Exhibit Reflects On 1959 And The 60th Anniversary Of The Aluminum Tree
By Elizabeth Dohms-Harter
Share:

It was 1958 when the sales manager for Aluminum Specialist Co. of Manitowoc first saw a shiny metal Christmas tree in a window of a Ben Franklin store while in Chicago.

He looked at the hefty price tag and it sparked an idea.

As part of a company that already made aluminum toys and decorations — though was better known for its pots and pans — that sales manager, Tom Gannon, thought Aluminum Specialist Company might be able to reverse engineer the tree to make it better and more affordable.

And that's just what the company did, said Joe Kapler, Wisconsin Historical Society's lead curator and curator of cultural history. The cheaper, much more portable Evergleam tree debuted at the American Toy Fair in March 1959. 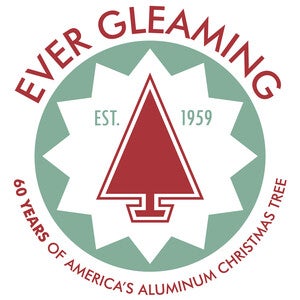 Because of the anniversary of the Evergleam tree, Kapler said the exhibit is focusing on the year 1959, with special attention paid to what was popular in the movies, on television and in stores.

More than 20 trees will be on display, including some especially rare varieties lent out to the exhibit. To find other trees, the museum had to rely on sources such as eBay.

"We have to obtain trees like everyone else," Kapler said, noting that people are reluctant to get rid of them. Subsequently, their value has skyrocketed as a nostalgic piece of Christmas past. That's ironic, Kapler said, because these trees were affordably made with Scotch tape, aluminum foil and wooden dowels. 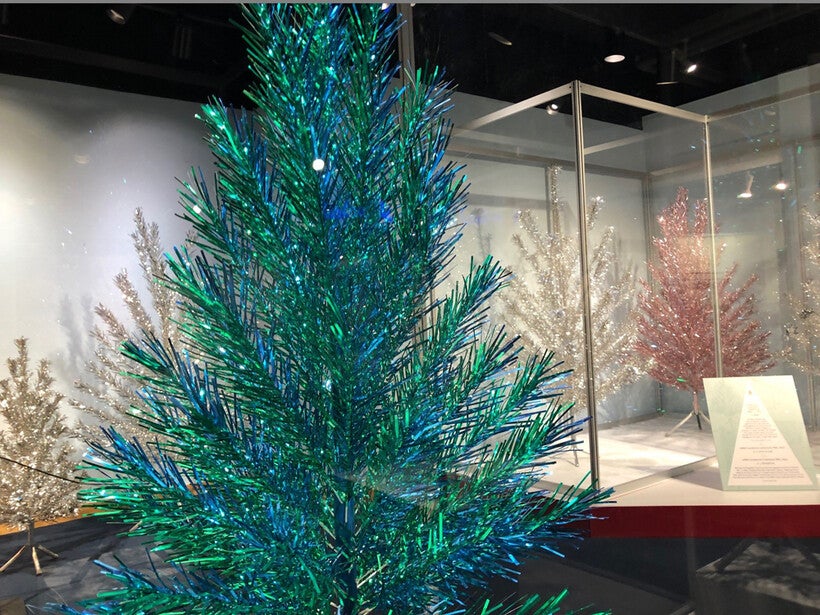 Courtesy of the Wisconsin Historical Society

It was the trees' affordability that made the Manitowoc-based business so successful with its Evergleam productions in 1950s America. But it helped that the trees were much easier to put together and disassemble.

"That was the key," Kapler said.

Because the company had been around for 50 years before it re-engineered the aluminum Christmas tree, it was able to take advantage of established distribution networks and sales relationships across the country.

"They could make these trees and get them in the market quicker than anyone else," he said.

Aluminum Specialist Company manufactured a few hundred thousand Christmas trees before even selling one in store. That they did on a hunch, Kapler said.

Sales of the product peaked in 1964-1965, and some credit Charlie Brown's Christmas episode in 1965 as contributing to declining interest, particularly because that episode sets up the aluminum tree as a symbol of the commercialization of Christmas. But Kapler doesn't give too much credence to that, noting aluminum tree sales continued to be strong after the episode's airing.

Keeping the aluminum tree's legacy alive is important because it highlights a favorite Wisconsin story of innovation and adaptive business triumphs.

"Incredible contribution to that domestic good life made accessible to many Americans throughout the 1900s," Kapler said. 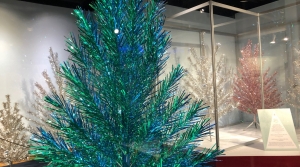 The Evergleam Aluminum Christmas tree is more than meets the eye, it's a piece of Wisconsin history. We learn more about the production of the iconic, now vintage, Christmas item from a Wisconsin Historical Society Curator.