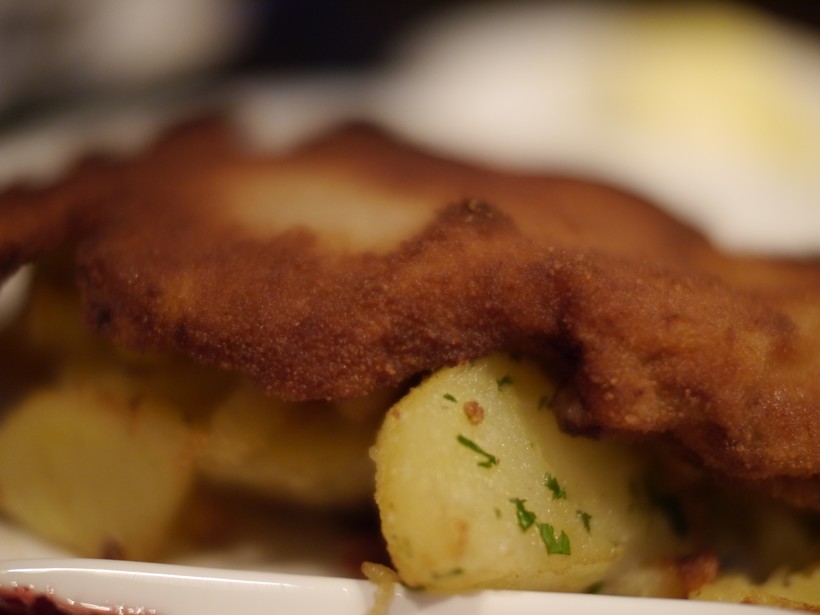 Oktoberfests abound across the state of Wisconsin this month celebrating German food, which is a mainstay of the Wisconsin food landscape.

German potato salad and weiner schnitzel are just two German favorites that Wisconsinites partake in year round, but never more than during the months of September and October when the German culture festivities assocaited with Oktoberfest are traditionally held.

Michelle Clason Werry, the owner of Clason’s European Bakery in Middleton, said there are some German foods and ingredients that can be difficult to find in U.S., such as “currant jelly and anis.” Werry has two recipes in Mary Bergin’s new cookbook, “Eating Smart in Germany” and one of which is listed below:

There are many variations of this German classic; this standard version comes from chef/owner Herbert Beltle of Aigner Gendarmen market, a charming and linen-clad Berlin restaurant that serves a mix of Austrian and German cuisine. The restaurant name comes from a once-famous Viennese café that closed in the 1980s.

Salt and pepper, to taste

Cleanly pare the veal, freeing it from fat and tendons. Then cut it into four same sized pieces. Place each piece between plastic wrap and flatten it carefully with a meat hammer, until thin. Be careful to not hammer holes into the meat.

Crack the eggs into a wide bowl and beat coarsely with a fork.

Salt and pepper the meat, then turn both sides in the flour, then eggs, then bread crumbs.

Cook the breaded schnitzel immediately in hot oil. Be careful that the oil is neither too hot nor too cold. Keep the Schnitzel in constant movement in the pan. This allows the breading to release from the meat so the Schnitzel can puff up nicely.

If desired, serve with cranberry marmalade.

Clasen-Werry shares her great-grandmother’s Rhineland interpretation of a classic and popular German entrée. Americanized versions of the recipe typically contain too much bacon, or cooks don’t brown the beef long enough, which results in a sauce that doesn’t reach its lusciously rich potential.

Salt and pepper, to taste