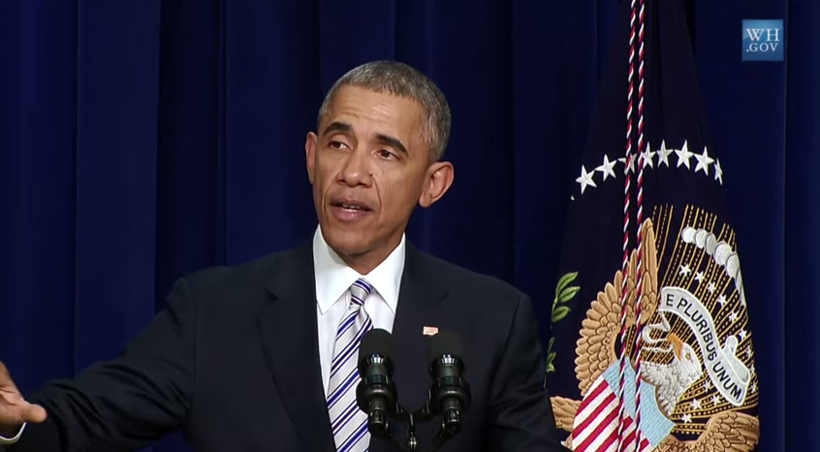 The editor of The Progressive Magazine and a former Republican state lawmaker had starkly different reactions to President Barack Obama's remarks earlier this week regarding religious extremism.

On Wednesday, Obama explained his administration’s response to violent attacks by the Islamic State group, also called ISIS, during a three-day Summit on Countering Violent Extremism. Obama emphasized that the United States is fighting violent extremism, not the religion of Islam.

Ruth Conniff, the editor of The Progressive, agrees with Obama’s distinction between religious extremists and the majority of Muslims.

"I think a lot of American Muslims are grateful for that statement because they don’t like ISIS and they don’t want to be attached to this horrific behavior because of their faith," Conniff said. "One in 4 people in the world is Muslim. They’re not all to blame and there is a real danger of backlash and religious intolerance."

Michelle Litjens, a former Republican state assemblywoman from Oshkosh, said that Americans are not satisfied with the president’s approach to dealing with the Islamic State group.

"I think Americans are becoming disappointed with the president. He’s trying to redirect us so we’re not paying attention to the fact that they are Muslim extremists. I believe the president needs to call it what it is or he’s going to lose support from his own party," said Litjens.

In response to Obama’s statements, former New York Mayor Rudy Giuliani said Wednesday evening that he doesn't "believe the president loves America." Litjens agreed that President Obama does not appear to be patriotic.

"I completely agree with the former mayor. I think he’s right on target," she said. "You don’t hear President Obama talking about how wonderful and generous the United States of America is toward the rest of the world. You hear him criticize us openly and publicly often."

Conniff disagrees with Giuliani and said his comments are toxic to the discussion on the prevention of violent extremism.

"At bottom, I think it’s a desire to appeal to racism," she said. "Obama is trying to speak to people’s better nature. He’s trying to do something constructive. It is really dangerous and toxic to stir the pot like that. It’s how people like Giuliani are building their political career."