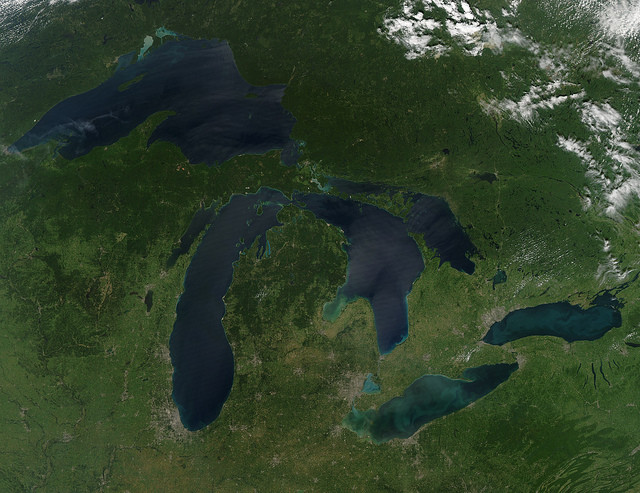 The Obama and Romney campaigns are starting to spell out their positions on protecting the Great Lakes, though things are not as specific as some environmentalists would like.

Environmental groups held a presidential candidate forum in Ohio to talk about the Great Lakes. Both the Obama and Romney campaigns were invited, but only Obama representative Carol Browner showed up to speak. The former Obama administration advisor says the president has been committed to funding a major clean-up plan called the Great Lakes Restoration Initiative, "The president has sought money for Great Lakes restoration."

Andy Buchsbaum of the National Wildlife Federation says the president is again proposing $300 million for the initiative in the next year, but Buchsbaum says the financial commitment beyond that is less clear. "Given the fiscal crisis that's not surprising."

Buchsbaum also says the president has a strong record of trying to keep Asian carp out of the Great Lakes, but a statement from the Romney campaign says Romney would accelerate the Army Corps of Engineers work to find a solution to keeping out invasive species from the Mississippi River basin, while also maintaining Great Lakes restoration efforts. Romney's campaign says they had a scheduling conflict and could not attend the environmental coalition's forum.