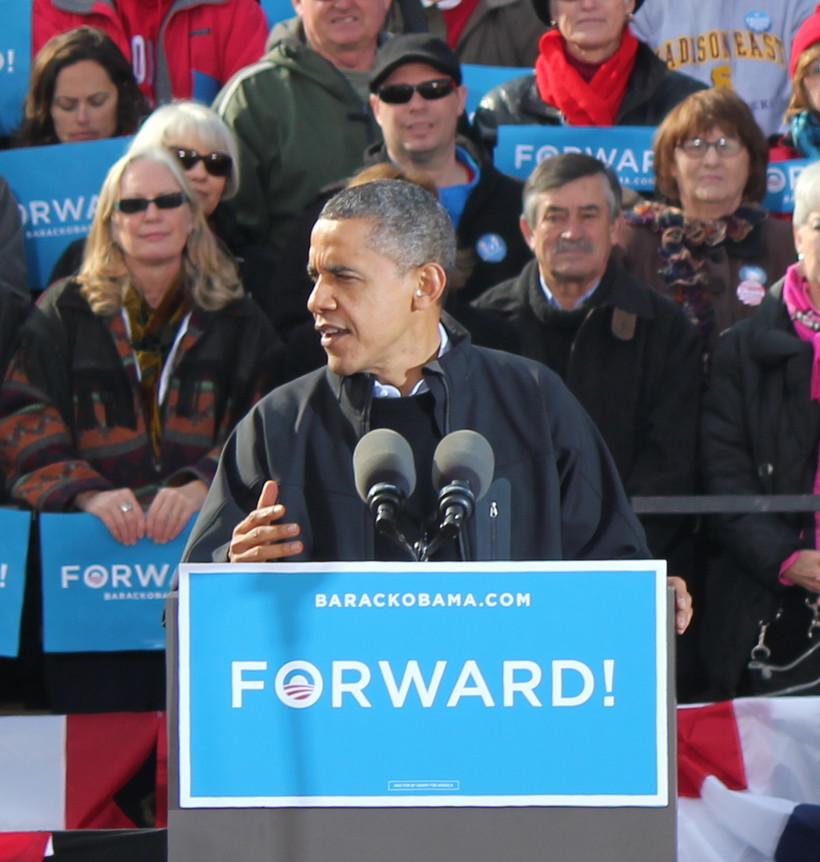 Obama and Springsteen Fire Up Madison on Eve of the Election

President Barack Obama kicked off his final full day of campaigning as a candidate for office with a rally this morning in chilly downtown Madison. Mr.Obama told a crowd of about 18-thousand that they knew where he stood and that this election was about trust.

Warming up the shivering crowd for the president was Bruce Springsteen, who joked that he'd written a campaign song that would seal the election: "Usually this time of day, I'm in my pajamas. (Forward!) Let's vote for the man that got Osama. (Forward!) Forward and away we go. It's good ain't it?"

The president contrasted that record with Republican Mitt Romney's promises, saying Romney's plans to cut taxes for the wealthy would mark a return to Bush Administration policies that brought on the Great Recession.

"He's trying to convince you that these bad old ideas are change. Listen, we know what change looks like Madison," the president said. "And what he's selling ain't it."

The president left Madison for rallies in Ohio and Iowa today. Mr. Obama has visited Wisconsin three times in the past week.