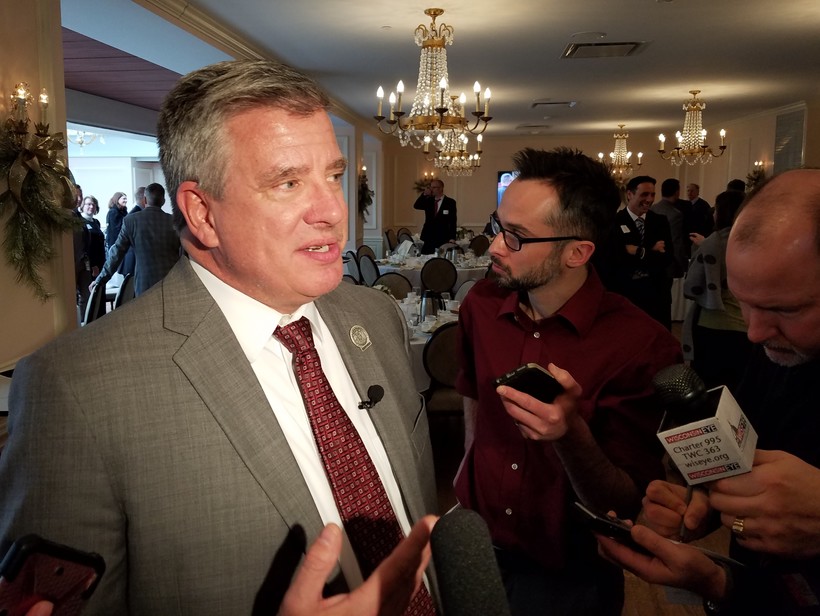 A Republican co-chair of the state Legislature's budget committee says he'd be open to raising transportation taxes by as much as $340 million per year as long as they're offset by a corresponding income tax cut.

This year, Nygren said Assembly Republicans are already onboard with Democratic Gov. Tony Evers' plan to cut income taxes for people who earn up to $100,000 per year and families who earn up to $150,000. The overall size of the tax cut would total about $340 million per year.

"So I believe Republicans in the Legislature could possibly meet that — those revenue increasers — by offsetting it," Nygren told reporters Tuesday. "Just by passing the middle-class tax cut without even raising taxes on anyone."

Nygren said the transportation funding could come in the form of a gas tax increase, tolling or some other source of revenue. Evers has said everything is on the table when it comes to road funding.

A $340 million increase in the gas tax could equate to about 10 cents per gallon.

But while Evers and Assembly Republicans have agreed on the size of an income tax cut, they differ dramatically on what the state should do to pay for it.

Republicans say an existing balance in the state's general fund is large enough to pay for the tax cut. Evers has said that using a one-time balance to fund an ongoing tax cut would be irresponsible. He wants to pay for it by scaling back a tax credit for manufacturers.

"Gov. Evers has always said he wants to see bipartisan solutions for addressing our transportation needs," Baldauff said. "It’s good to hear that Rep. Nygren is open to finding common ground with the governor, because people want to see collaboration. We hope Republicans in the Legislature will put politics aside and work with the governor to pass the people’s budget."

Even if the two sides could agree on an income tax cut, there's no guarantee Republicans in the state Senate would agree to raise taxes for transportation.

Senate Republicans opposed efforts to increase the gas tax in the last state budget, arguing the Wisconsin Department of Transportation needs to do more to cut costs instead.