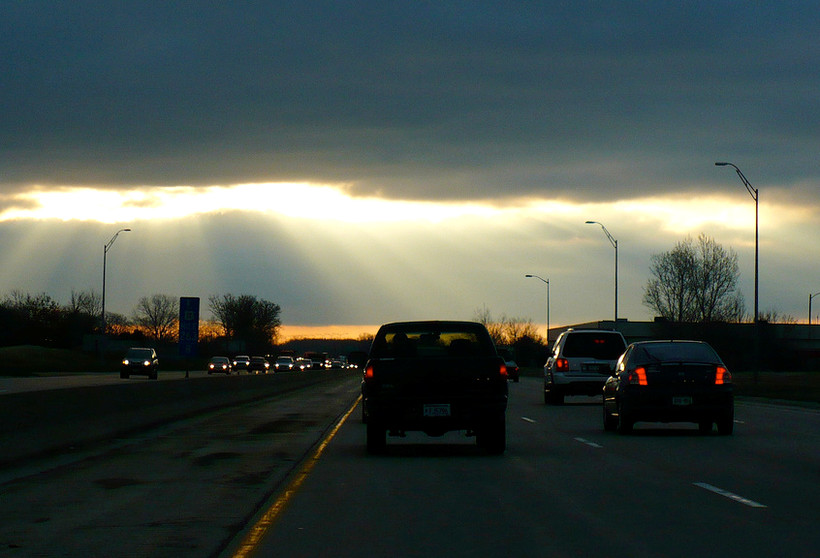 Traffic on the Beltline outside of Madison. Photo: Andrew Buttita (CC-BY-NC-SA).

Number Of People Traveling For Thanksgiving Will Be Highest Since 2007

46M Americans Will Be On The Move This Holiday Weekend
By Laurel White
Share:

The number of people traveling for the Thanksgiving holiday is expected to be the highest it's been since 2007.

AAA says it’s expecting 46 million Americans to travel during the holiday — a 4 percent increase from last year. About 90 percent of those holiday travelers will hit the road, while others will fly or take the train.

"The continued economic recovery is giving folks a little more confidence in making a trip like this,” said Nick Jarmusz, director of public affairs for AAA Wisconsin.

Don Greuel, the chief project services engineer for the Wisconsin Department of Transportation, said that there are a few other events over the weekend that will make for especially busy roads: two big football games on Saturday and Sunday.

“We're going to have … pretty heavy traffic in the Madison area, of course, with the Badgers, and up in the Green Bay area with the Packers,” said Greuel.

Greuel also said that drivers hitting the road for holiday travel may experience a little more construction congestion than they'd like. He said the early cold snap prevented the DOT from clearing all the orange barrels it wanted to.

“We're going to have the lanes open, but again, there might be a few barrels out there along the shoulders that we have to contend with,” he said.

Jarmusz said that ultimately, drivers should plan ahead to avoid falling behind schedule.

“Leave yourself extra time, especially if you are on some sort of schedule with a time in mind that you need to be at your destination,” he said.