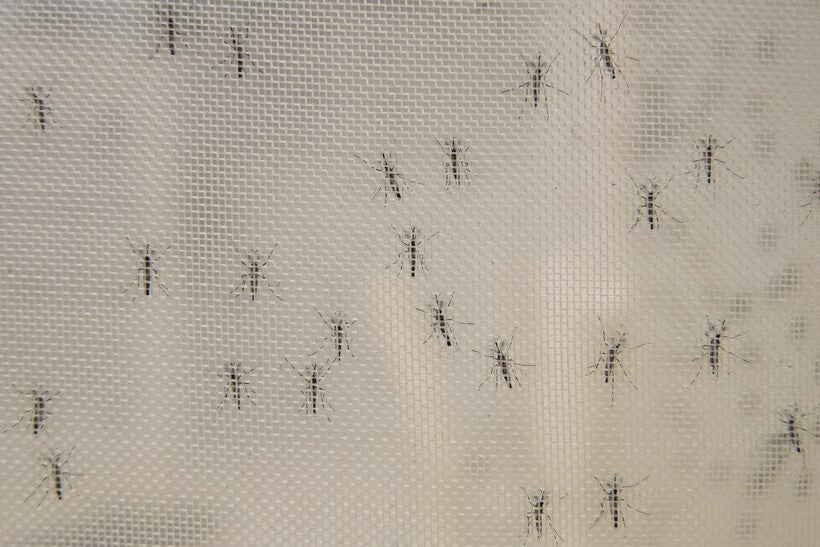 Male mosquitos at the the Vosshall Laboratory at Rockefeller University in New York. Mary Altaffer/AP Photo

Number Of Mosquitoes Is 'Average' In Wisconsin So Far This Year, Professor Says

It's been a wet summer in Wisconsin and wet summers are often filled with mosquitoes. But that isn't how 2019 has played out so far, according to a Wisconsin scientist.

Lyric Bartholomay, a University of Wisconsin-Madison professor who studies infectious disease agents such as mosquitoes and ticks, told WPR’s "The Morning Show" Thursday that the state has seen average numbers of mosquitoes so far this year.

"We've seen some higher numbers of mosquitoes over in Milwaukee, those mosquitoes that transmit West Nile (virus)," she said. "But really, the mosquitoes that impact us most are the ones that are in our backyards, and they're probably about average."

There were concerns early in the season that the frequent rains that have caused problems for farmers would also give mosquitoes plenty of places to breed.

"But it's also been unusually chilly, too," Bartholomay said. "So everything's been a little delayed. The amount of time that it takes a mosquito to develop in standing water is definitely a function of outdoor temperatures. So everything's just a little off."

That marks a change from last summer when Wisconsin saw heavy rains followed by hot temperatures, which led to large numbers of mosquitoes in late summer.

The head of a wildlife control company told the Milwaukee Journal-Sentinel last year that the late summer swarms were "unlike anything I have ever seen before in terms of the amount and the ferocity of the mosquitoes."

Health experts have said even if mosquito numbers this year haven’t rivaled those of 2018, people should protect themselves against mosquitos by limiting time outdoors when the insects are most active, wearing insect repellant and long-sleeved clothes while outside and removing standing water from gutters, flowerpots and other areas where the insects can breed.