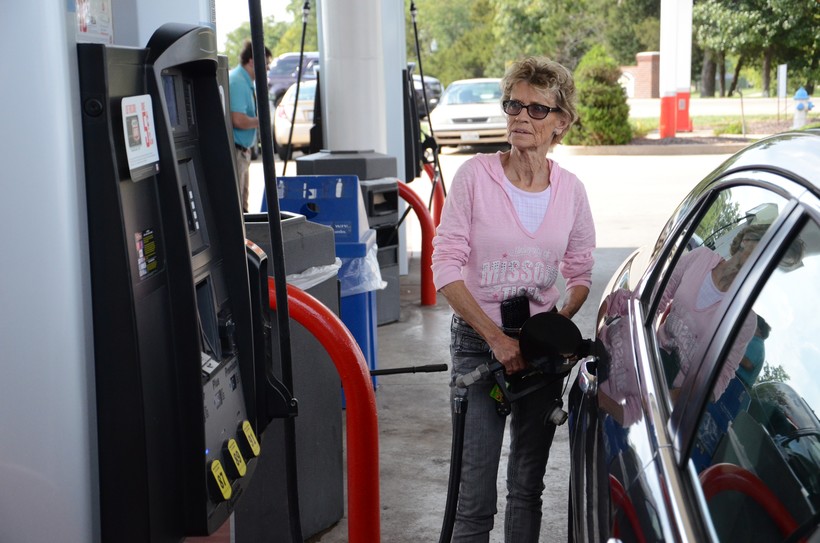 Now Is The Time To Raise The Gas Tax, Engineer Says

Mark Barteau Says Some Of The Savings From Low Gas Prices Should Be Reinvested In Infrastructure, Energy Research
By Scottie Lee Meyers
Share:

With the national gas price average now below $2 per gallon, American consumers are finding substantial relief at the pump. With those savings, one environmental engineer is proposing an increased gas tax to reinvest money to roads, energy research and new clean technologies.

Mark Barteau, the director of the University of Michigan’s Energy Institute, basically thinks it would be wise if instead of living it up, Americans instead curb their energy appetite and consider the possibility of long-term low energy prices.

Barteau said gas retail sales in the U.S. were up 28 percent for the first nine months of 2015. And as for longer-term consequences, the average gas mileage of cars sold in the country have decreased from 25.8 in the summer of 2014, to 25 in November of 2015. In other words, said Barteau, the country is producing less efficient cars and failing to scale back greenhouse emissions.

"There’s a double whammy here, because not only are we buying less efficient cars, but the amount of travel tends to go up when gasoline is cheap as well," he said.

That makes it all the more perfect a time to, as Barteau says, "capture a small amount of the savings from the low prices and invest that in ways that will have long-term benefits for the country and the economy — and, by the way, the climate.”

It could be a hard sell. Some polling show that many people would characterize even a penny increase as intolerable, and there seems to be real divides between people in the city or in rural areas. People seem to expect gas prices to be low, said Barteau, and they don’t want to give that up when low prices arrive.

While the politics may be difficult, Barteau said in the first half of 2015, six states raised their gas taxes, most of which voted Republican in the 2012 election.

With gas prices dipping below $2 per gallon, some energy engineers are advocating for a gas windfall tax to capture money for roads and other public infrastructure projects. We're going to take Nebraska's lead, which in July implemented a 0.5 cent gas tax. Would you support the same?