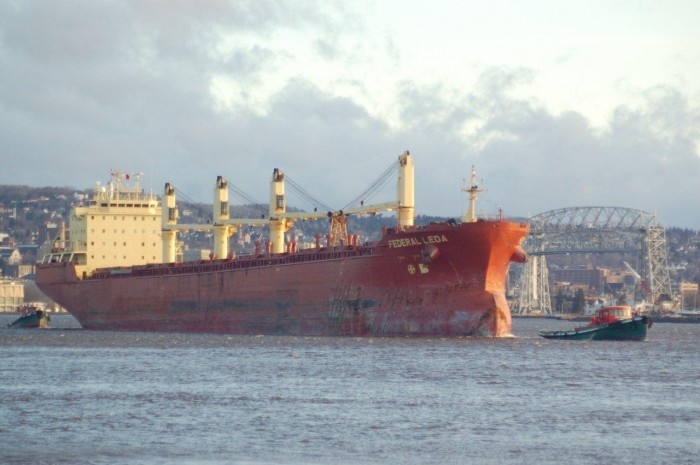 A steady year for cargo on the Great Lakes is winding down to a tired finish. Domestic shipping numbers are down 4% from a year ago.

Last month picked up from the Superstorm Sandy-addled October, but that was expected. Compare Great Lakes domestic cargo from last month to a year ago, and it's off nearly 9%.

Coal is down 13% for the year but at the largest coal terminal on the Great Lakes, Superior's Midwest Energy, President Fred Shusterich says they're holding their own. They've shipped more than 14 million tons in spite of Canada ending most coal-fired energy last year, "Canada has dried up. That would be the 14 million, if you added eight million tons to that, that's what we used to do to Ontario Power up in Nanticoke, Ontario. That's why our tonnage is where it is. Europe has promise but everything is slow right now and I see that continuing into calendar year 2013."

Iron ore leads the tonnage totals out of Duluth-Superior. Port Director Adolph Ojard says domestic trade is off slightly, but Canadian and overseas traffic is about the same or a bit better. He says next year should be about the same but a lot depends on Washington, "I know there's a lot of anxiety out there and the quicker that Washington can get its financial house in order, the quicker industry will react to our potentially good news items and we'll see some added capacity and hopefully additional consumption."