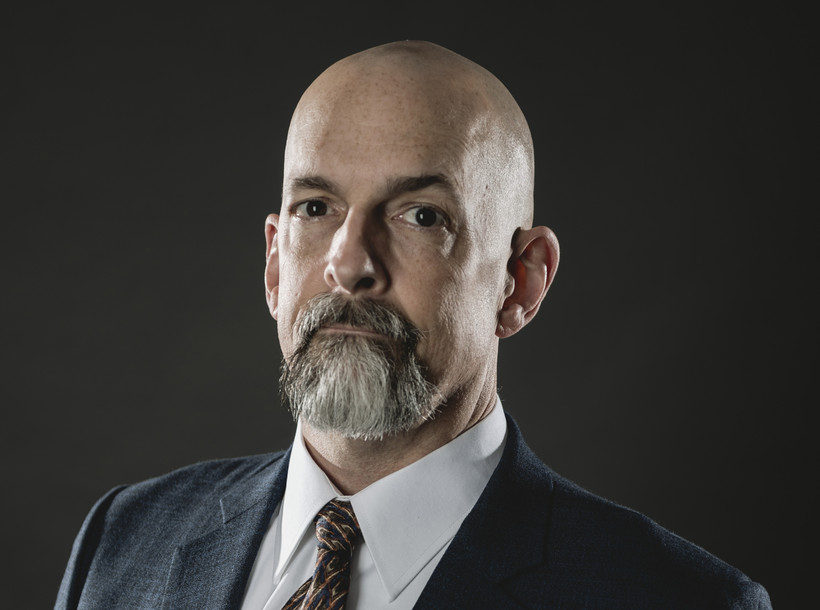 Science fiction novelist Neal Stephenson is the author of best-selling science fiction thrillers "Seveneves," "Snowcrash" and "Cryptonomicon." His latest novel is called "Fall; or, Dodge in Hell." It’s been described as "'Paradise Lost' by way of Philip K. Dick."

"It’s an idea that’s been on my mind for a little while," Stephenson told WPR's "BETA." "I’ve always been interested in John Milton’s 'Paradise Lost.' I kind of brushed up against that topic a little bit when I was working on 'The Baroque Cycle,' which takes place during the era that Milton was active. So I just had on my mind for a while the idea of trying to go there except do it in a modern kind of digital, science-fictional kind of way," Stephenson said. 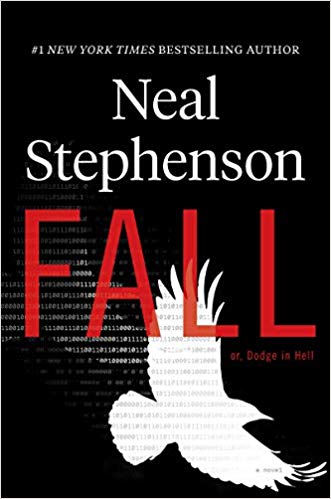 The story of "Fall" follows Richard "Dodge" Forthrast who has become a multibillionaire thanks to the founding of a video game company.

One day while Dodge undergoes a routine medical procedure, something goes wrong.

"It’s one of these unexpected medical problems that pops up out of nowhere," Stephenson said. "And so his family is left to find a way to carry out his wishes. It leads to him being brought back to life not in a physical, biological sense, but as a digital upload into the cloud."

But things don't go according to plan.

"It leads to the creation of a whole sort of digital afterlife that’s occupied not only by the original character, Dodge, but by many other people who decide they want to have the same treatment for themselves," Stephenson said.

The novel finds Stephenson changing gears from his previous works.

"This is a case where I’m stepping back a little bit from trying to be too technically precise in the science part of it," he explained. "So if you look, for example, at my previous novel, 'Seveneves,' in that book, I am going to some efforts to try to be sort of precise and do calculations and make it be realistic as far as the orbital mechanics and so on is concerned."

"In the case of 'Fall,' I’m really not trying to go there because there are so many unknowns connected with how the brain works, what consciousness is, whether you could actually bring a mind back to life. So this is one of those cases where I’m just going for it I’m just saying, 'Let’s say for the sake of storytelling that this could be done, let’s just accept that as a premise and let’s see where it takes us,'" he added.

Stephenson started out as a physics major at the University of Boston but then he switched to geography. Perhaps that's why his novels feature such richly-textured storyworlds with such a strong sense of place.

"I’ve always been fascinated by maps and landforms and why the world is shaped and hooked up the way it is," Stephenson said. "When I made that change during college, one of the things that sort of pushed me into it was that I was taking a cartography class which was part of the geography department. So we were making maps and they had a graphics terminal. It was sort of the first computer graphics terminal I’d ever had access to ... very primitive by today’s standards, of course, but it was kind of incredible to me that I could sit and write code that would cause pictures to appear on a screen."

It's an interest that's continued for Stephenson.

"In 'Reamde,' when we learn about the background of Dodge’s video game company and some of the people who work there," Stephenson said. "We learn about a character named Pluto who is the landforms expert. He’s kind of almost like a proxy for me in a way, the nerd who sits around and thinks about what mountains should look like. And that carries over pretty directly into 'Fall,' except instead of just making a video game landscape, they end up building what amounts to a very real landscape for digital souls to live in."