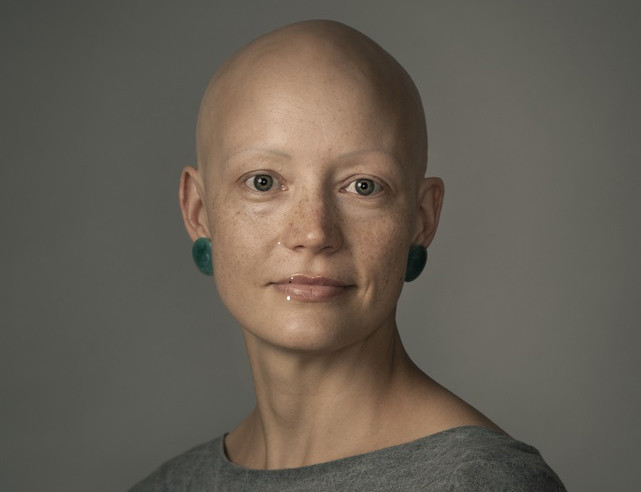 Helen Phillips' new novel, "The Need," is a subversive thriller about a woman named Molly. One night, Molly is home alone with her two young children when she comes face-to-face with a masked intruder. Phillips said a personal experience inspired her to write this book. 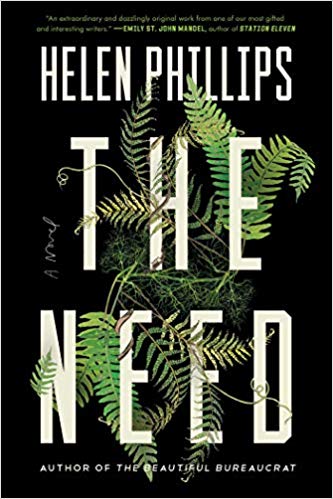 "'The Need' began from a very small moment that happened to me when I was nursing my first child — my daughter — and she was a few months old," Phillips told WPR's "BETA." "I thought I heard a footstep in the other room. It was no one, the moment passed. But I clung onto that feeling I had in that instant of just almost animal, instinctual fear of what would I do if someone came into my home right now when I’m here alone nursing my child who is so vulnerable? That sensation, I felt like, I have to write about that."

Phillips said the other source of inspiration for "The Need" was a personal tragedy. When her own daughter was 8 weeks old, Phillips' older sister, Katherine Rose Phillips, died.

"She had the rare neurological disorder, Rett Syndrome, and she died at the age of 32," Phillips said. "So that summer, when I was feeling the bounty of having my newborn and then the grief of losing my sister and holding both of those feelings at once really led to the duality you see in 'The Need.'"

Phillips dedicated the novel to her sister.

And while the novel's protagonist, Molly, has two children, Philips didn't intend it as a tribute to her and her sister.

"I love that way of thinking of it. I hadn’t actually conceived of it that way," Phillips said. "But I feel like having the sibling is so important. A sibling in a way is a doppelgänger of you. There’s so much you share with your sibling. And also, I wanted Molly to be in a situation where she was very responsible for two children who were at very different developmental stages. So the stresses of caring for a baby are very different from the stresses of caring for a 4-year-old. So I wanted you to feel that intensity of both of the children's needs upon her."

Those needs are addressed at the offset when Molly — home alone with her two young children — hears an intruder in the other room.

"As the story goes on and she discovers the intruder’s identity, it really shakes everything that she believes about her own life and her own identity and her own day-to-day existence. Another thing you should know about Molly is that she is a paleobotanist. She studies plant fossils and at the site where she works, they have recently been discovering some very strange artifacts, including an alternate version of the Bible," Phillips said. "So the personal crisis of the intruder in her home and the professional crisis of these strange objects that are causing a lot of controversy end up colliding in the book."

Alexandra Alter wrote a story for The New York Times about how literary fiction is borrowing from the horror genre to explore the fears and anxieties of motherhood. Alter talked to Phillips and Karen Russell to get their take on the literary trend.

"I feel like literary fiction is opening up more to the possibilities of borrowing from other genres," Phillips said. "I wasn’t thinking of horror when I wrote the book although I understand why people see it that way. I also think that you could call it a thriller of sorts. It has elements of speculative and science fiction. Someone even recently told me that it read to them like a ghost story. So I think there’s an openness now to using different genres in fiction."

"I also think that maybe there’s another answer to that that has more to do with our current moment — that the anxieties you feel about global warming, which is such a challenging adversary, you can’t reason with it, you can’t negotiate with it, it’s just something that’s happening that we’re all implicated in," she continued. "I think that that can lead to a sort of nebulous anxiety. And maybe also that we live in a post-Columbine, post-Sandy Hook world where you feel like even schools themselves aren’t the places that feel as safe as we want them to. So maybe some of those cultural anxieties slip into these books."

Both Phillips and Russell have made tremendous use of their imaginations to show readers just how terrifying motherhood can be.

"Part of what we’re working against is the image of the glowing, happy mother," Phillips said. "I have found motherhood to be a very wondrous and ecstatic experience but I also found that it has a lot more terror and dread than I was prepared for. Just because the love and the dread go hand-in-hand. The more you love and cherish these vulnerable people, the more you worry about something happening to them. And the more anxiety that brings. So I just feel like being able to come out and acknowledge some of those darker or more anxiety-producing aspects of motherhood, it was something I felt compelled to do."