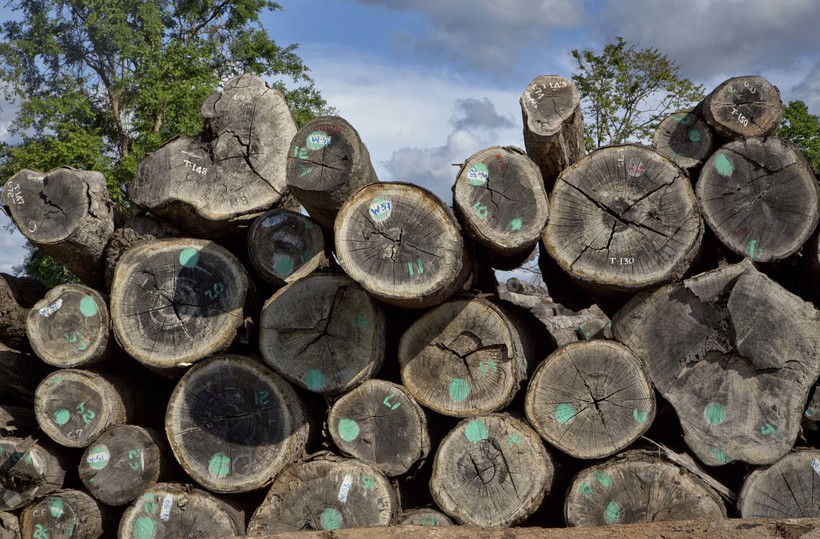 They're eligible for a newly launched federal pandemic aid program, but some say it's not likely to fully offset the losses they've experienced in the last 18 months.

A group of logging and hauling professionals talked about the challenges their industry faces in a roundtable discussion with U.S. Sen. Tammy Baldwin, D-Madison, last week in Eagle River. Baldwin supported a federal program through the U.S. Department of Agriculture called Pandemic Assistance for Timber Harvesters and Haulers, which funds $200 million in new economic relief payments for professionals who lost at least 10 percent of their business as a result of the pandemic. Initial payments of $2,000 started going out in late August. Recipients will be eligible for up to $125,000.

As of Sept. 1, USDA data showed that 2,640 professionals nationally had applied, and 812 had been approved, according to Henry Schienebeck, executive director of the Great Lakes Timber Professionals Association. He said it's the first time in decades that loggers have been eligible for direct government aid.

"More and more people are finding out about it," Schienebeck told Baldwin at the event. "We just have to offer them assistance (in applying for it)."

The pandemic disrupted supply chains across the economy. But the biggest pandemic-related effect on Wisconsin's timber industry was caused by the closure of the Verso paper mill in Wisconsin Rapids. The mill was the region's largest single buyer of Wisconsin wood. Its absence from the market has had dramatic and lasting ripple effects.

"With that mill being closed, there's now a glut of raw material on the market," said Matt Jensen, owner of Crandon's Whitetail Logging and president of the Timber Professionals group. "So that price of raw material for the entire region is suppressed."

For loggers, it's what Jensen calls "the ugly side of supply and demand."

"I'm not saying anything that people don't know," Jensen said. "It may be a little bit controversial, and I don't mean it to be. But it's just a fact."

Low prices have pushed some Northwoods loggers to the brink of bankruptcy. One attendee at the roundtable joked that loggers were "too stubborn" to go bankrupt; others said they wished that were true. Jensen said as an owner/operator of his business, he's been able to make changes that have kept him profitable, barely, but it's come at the expense of his own retirement and benefits plans.

Baldwin said she's supported an effort by a nonprofit timber cooperative to purchase the mill. That effort has largely stalled. In July, a Connecticut-based private equity firm offered to buy the mill; Verso has not yet responded.