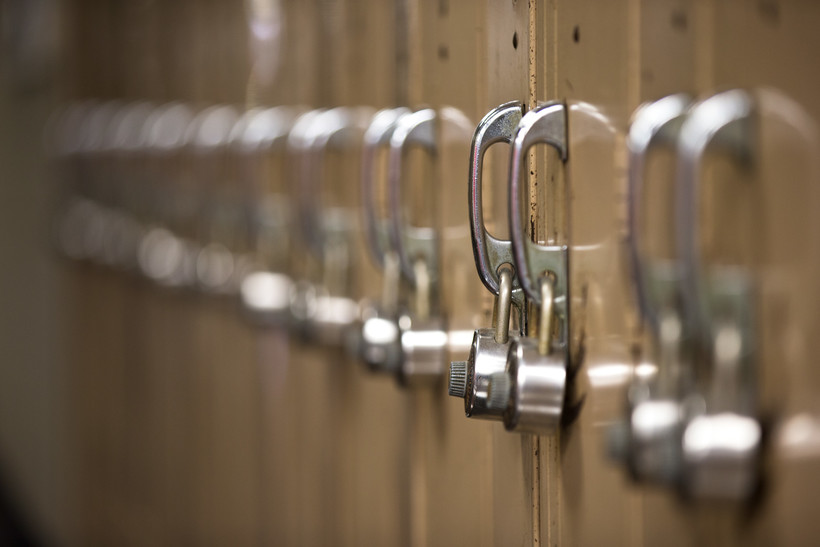 Spooner Middle School will remain closed and remote learning will begin next week after a strong epoxy-like odor prompted an evacuation Wednesday and caused 60 staff and students to seek medical treatment.

Spooner Area School District Superintendent David Aslyn told WPR a student first reported what they believed to be a gas leak around 8:40 a.m. Wednesday. Staff members investigated the source of the smell, which was near the gym and a classroom wing.

Not long after, students and staff began reporting that they weren’t feeling well, and the principal ordered an evacuation to a nearby church a half hour later. The district closed the school for the remainder of the day, and students were sent home.

"The most critical piece of this matter continues to be the health and safety of our students and staff members. In person instruction will not resume at Spooner Middle School until we are assured the environment is safe for everyone in the building," said a district news release issued Friday.

The district reported 36 students and 24 staff members have sought medical care since Wednesday, reporting symptoms of nausea and lightheadedness. At least two students were transported to medical facilities outside the area. Officials have yet to identify the cause behind what made people sick.

"There's been extensive ongoing carbon monoxide testing, which has all fallen within normal levels," Aslyn said late Thursday. "We're working with local health and safety officials and also with a state agency. We will be looking to have more extensive testing conducted to determine the source of that strong epoxy-like odor that made many people sick."

Carbon monoxide is an odorless gas often caused by burning fuels, according to the Centers for Disease Control and Prevention. Improper ventilation can cause the gas to build up to unsafe levels. The most common symptoms of carbon monoxide poisoning are flu-like symptoms, including dizziness, headaches and upset stomach.

Environmental sampling is ongoing, and results of the testing are expected sometime next week.

Alissa Mortensen is frustrated she didn’t receive notice from the school about the situation until nearly two hours after the odor was discovered. She said her 12-year-old stepdaughter complained of a headache and nausea when her dad picked her up from school Wednesday.

"She saw a couple of her friends have to go right to the hospital, get picked up by the EMTs, and headed off in the ambulances. She was pretty upset about the whole ordeal, and I am too," said Mortensen. "I don't think they handled the situation properly."

Mortensen said her stepdaughter is doing well, but she wants the district to be more transparent about what’s happening. She and her husband have three kids who attend school within the district. Classes are continuing as scheduled for Spooner Elementary School, Spooner High School and the Washburn County Alternative High School. She worries whether it’s safe for their kids to attend while the investigation continues.

Mortensen noted district administration sent out an email Wednesday to parents. According to the email, obtained by WPR, "students were evacuated from the middle school due to an epoxy odor that drifted into the building from the construction on the storm drains."

"If it was something to do with the sewers, why are the sewers leaking into the school, for one? And, if it wasn't the sewers, then what was it?" said Mortensen.

On Friday, the district said the focus of the investigation turned to a product being used as part of work on sewers in the neighborhood.

"The sanitary sewer service notification provided to residents prior to the work beginning was not provided to the school. As a result, the school was not able to take the actions that had been suggested to homeowners," according to the Friday press release.

No further details were offered on the work being conducted, the product involved, or the actions that were recommended. A woman reached at the district office Friday said officials had no further comment beyond the release.

The district is working with local health officials and the Wisconsin Department of Safety and Professional Services as additional environmental testing is taking place. In a statement, Jennifer Garrett, the agency's communications director, said it enforces state plumbing codes and regulates employee safety in the public sector.

"We have sent inspectors to look into both areas, and we are in the process of reviewing those initial reports. We cannot speculate regarding when we will reach any final conclusions or what those findings will be," Garrett said.

The agency will work with those involved if officials identify any concerns that fall under their authority.

The district expects virtual learning to resume Monday for the roughly 360 students and 40 staff who work and learn at the middle school in Spooner, which is halfway between Eau Claire and Superior. Remote learning will continue until it's safe for students and staff to return the building.

Parents and students will be able to collect any belongings left behind during the evacuation at Spooner Wesleyan Church on Monday.