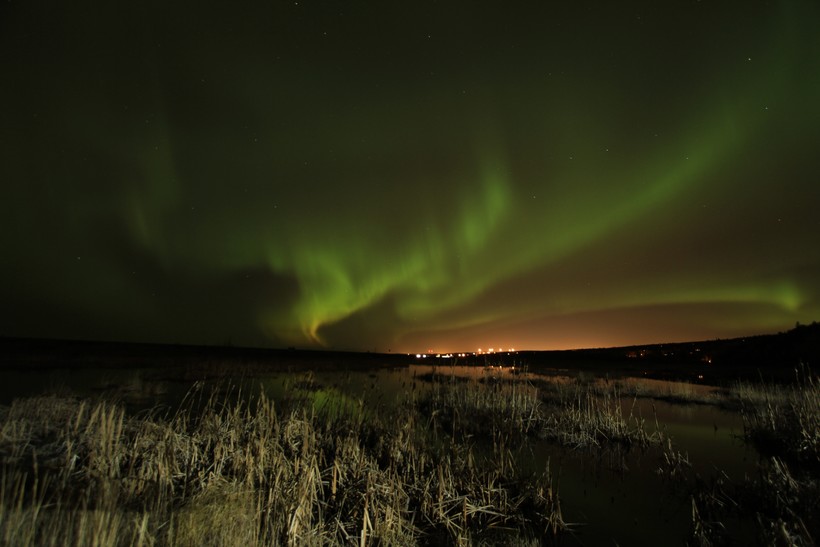 The northern lights — also known as the aurora borealis in the Western Hemisphere — might make an appearance this weekend.

Two days ago, a coronal mass ejection occurred on the sun. The particles from the sun interact with the Earth's magnetic field, creating a show of green, yellow, red and sometimes blue lights. The National Oceanic and Atmospheric Administration's Space Weather Prediction Center has issued a moderate geomagnetic storm watch for Friday.

The upper Midwest, including Northern Wisconsin and Michigan's Upper Peninsula, will be good places to see the lights.

Keith White, a meteorologist with the National Weather Service in Marquette, Mich., said Saturday will probably have the best viewing because there will be more activity.

"The forecasts are for relatively strong solar activity after sunset at least until sometime in the midnight to 2 a.m. range for areas up here, far northern Wisconsin and the Upper Peninsula," White said. "It should be prime viewing. Skies are expected to stay clear."

White said the best chance to see the colorful lights will be in wide-open, rural spaces.

"The problem with the city lights is it does block the view," said Kocken.

He said trees and buildings also act as barriers and suggested that when you get into an open field, you get a lower horizon which gives a wider view and the chance to see more lights.