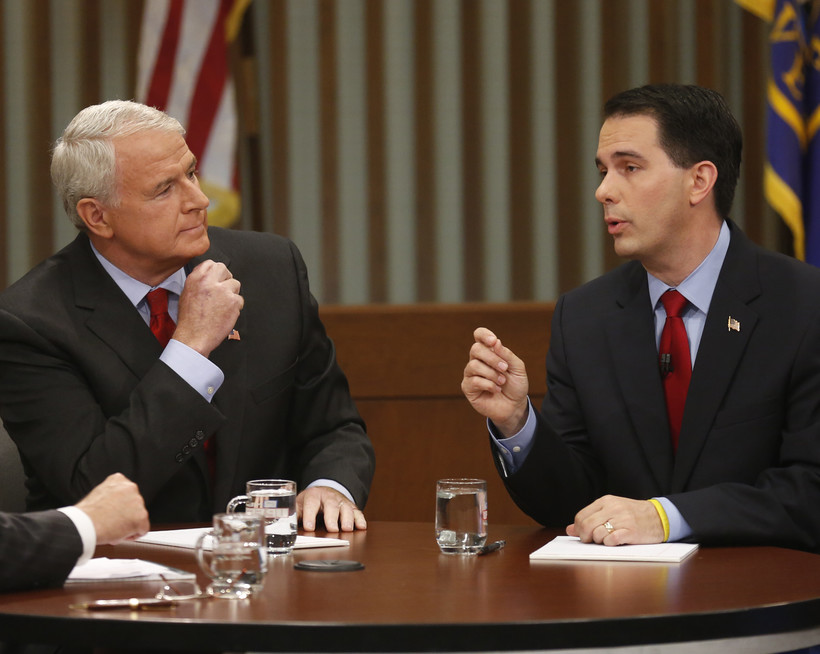 Walker and Barrett will visit Milwaukee's north side Friday to talk about the economic development efforts less than two weeks after violent protests filled the Sherman Park neighborhood.

The violence broke out Aug. 13 and 14 after the fatal shooting of a black man by a black police officer. Some political leaders and community members said poverty and lack of economic opportunity on the city’s north side contribute to tension between the community and police.

The state and local efforts will include more skills assessments and worker training "to help people either identify those job openings to match the skills they have, or if there are jobs or careers they want and they don't yet have the skills, to help identify the programs through Wisconsin Fast Forward and the technical college system to get the training they need to fill those positions," Walker said.

Earlier this week, community activists and lawmakers called upon the Wisconsin Economic Development Corporation to do more to create jobs in the Sherman Park neighborhood. Citizen Action of Wisconsin found the state economic development agency inaccurately claimed the agency supported and invested in creating 483 jobs in the neighborhood when those jobs are at companies located outside Milwaukee.

The WEDC claimed the jobs listed on its website as created in Sherman Park were a mapping error and also said it has invested more than $4 million into Milwaukee’s north side.

The death of Sylville K. Smith, 23, is being investigated by the Wisconsin Department of Justice’s Division of Criminal Investigation. Police have said Smith fled a traffic stop, and turned toward an officer with a gun in his hand when the officer shot Smith.

Records show an excessive force complaint was filed against the Milwaukee police officer days before he fatally shot Smith.

The unjustified force claim was filed by Ronnie Martin who claims the officer and his partner approached him as he sat in a car at a gas station April 15 and asked him what he had in the bag he was holding. Martin told WITI-TV that he tried to run before the officers threw him to the ground and used Tasers on him.

Martin was not charged as a result of the incident. In addition to the claim filed with the city, Martin said he lodged a complaint with the Milwaukee Fire and Police Commission.

Editor's note: This story has been updated with reporting from WPR.