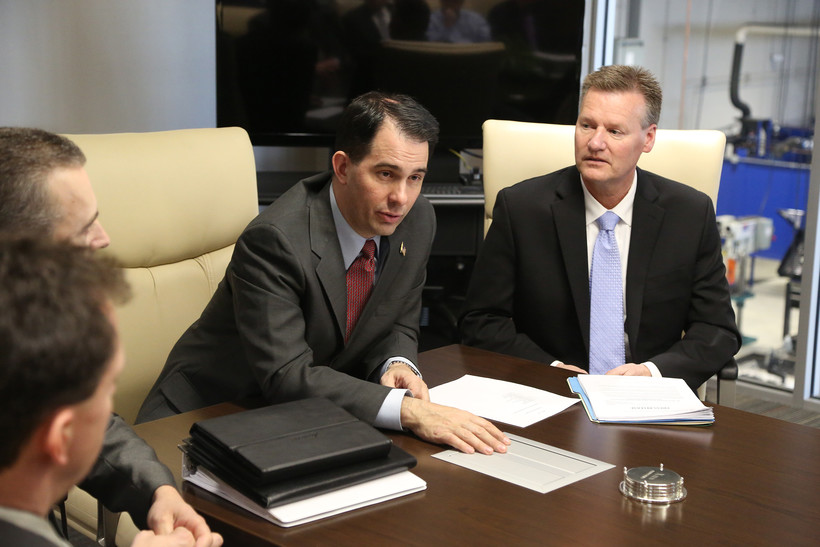 Documents show Gov. Scott Walker's administration gave detailed instructions on how to remove the "Wisconsin Idea" from the University of Wisconsin System's mission statement after telling reporters Wednesday that the change was a "drafting error."

In a drafting file first reported on by the Milwaukee Journal Sentinel and Wisconsin State Journal, a Walker administration budget analyst gave explicit directions to the budget bill drafters on what to delete from the UW's mission statement. That included deleting the words, "Basic to every purpose of the system is the search for truth."

Walker initially defended the move at an event Wednesday afternoon.  Hours later, his office called it a "drafting error." Thursday, Walker said the switch was "not a change of heart" but a "simple miscommunication."

Walker said he wanted to add words to the UW's mission related to workforce development, but that he never discussed removing the Wisconsin Idea.

Senate Democratic Minority Leader Jennifer Shilling said if Walker was going to blame "rogue staffers" for writing portions of the budget, it "raises serious questions about who is in control while he is busy running for president."