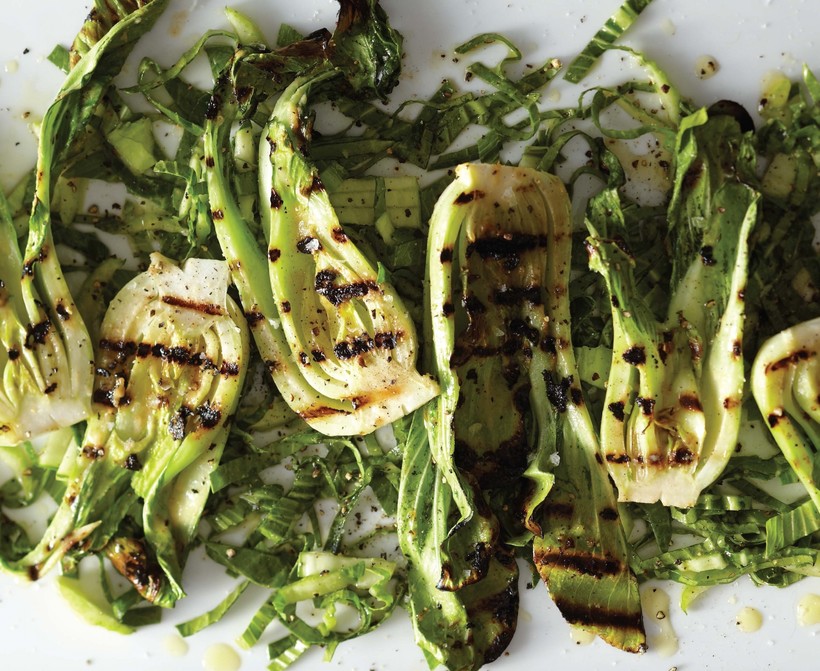 Bold And Delicious, Brassicas Deserve A Place On The Table

The vegetable family of brassicas, which are also known as cruciferous vegetables, gets a bad rap as having strong, unpleasant tastes and aromas.

“Unless you’ve had something that’s well-prepared,” she said, “you don’t know how it’s supposed to taste.”

Russell is the author of "Brassicas: Cooking the World's Healthiest Vegetables: Kale, Cauliflower, Broccoli, Brussels Sprouts and More." As the title suggests, the health benefits of eating brassicas are significant. Besides being a good source of fiber, they contain many vitamins and minerals.

“If you’re going to choose one group of vegetables to eat, this is definitely a great one,” Russell said.

A big proponent of all brassicas, Russell hopes that home cooks will go beyond the more common varieties like broccoli, cabbage, cauliflower and the new healthy-eating darling, kale.

While those familiar veggies are fine, some of Russell’s favorites are the more unusual types. “Arugula, and water cress, bok choy, Chinese broccoli, radishes, turnips, collard greens; these are all brassicas as well.” But like anything that is unfamiliar, it can be difficult to know where to start. So, in "Brassicas: Cooking the World's Healthiest Vegetables,” she offers not only recipes, but tips for buying and storing them, too.

Russell will be the first to say that it is true that brassicas have strong flavors, but like any food, the key is in choosing the right cooking method and complementing the tastes. The idea, she said, is to “highlight, and work with the natural flavors of these vegetables instead of trying to mask it or cover it up.”

Some of “brassicas’ best friends” that Russell mentioned were olive oil, garlic and salt. Beyond that classic combination, a squirt of lemon juice can also bring out the rich flavors of brassicas, and both sweet and salty or smoky tastes work well, too. Both of those flavor profiles are included in the charred brussels sprouts with pancetta and fig glaze.

As for ways to prepare brassicas, Russell said that she avoids cooking brassicas in water, or even in steam, because it makes the sulfurous compounds in the vegetables very prominent, and the texture is far from appealing. “If you grew up eating really watery piles of broccoli or kind-of mushy cauliflower, of course you’re not going to like it!”

Instead, Russell opts for drier heat methods like sautéing, roasting or grilling. The best are when they are browned in the process, “where you can get that caramelization,” she said. Her recipes for roasted broccolini with winey mushrooms and grilled baby bok choy with miso butter are good examples of that approach.